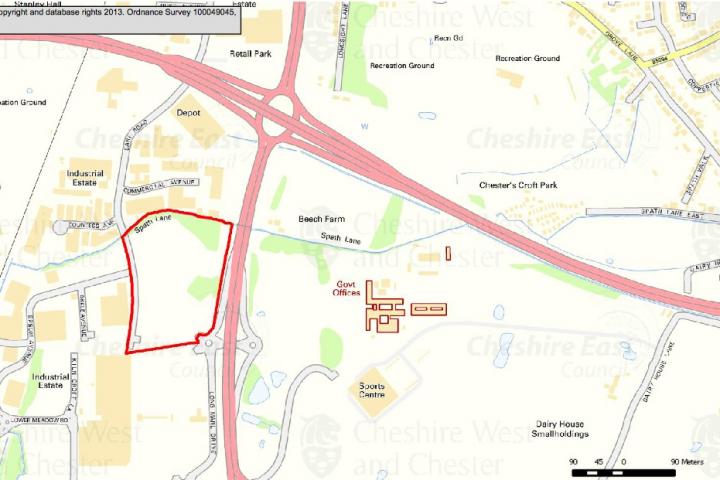 Cheshire East Council has named an Alderley Edge based development company as the preferred purchaser for a 14 acre plot of land off the A34 bypass in Handforth.

Engine of the North, the Council's development company, marketed the Council-owned land, which is adjacent to Handforth Dean Retail Park, between June and September 2014. This exercise generated expressions of interest from 37 parties and 53 offers for the plot, which has been has been held as a strategic employment site for many years.

Following several further bidding rounds, an invitation to submit 'best and final' offers was issued in January 2015 and CPG Development Projects was selected as the Council's preferred purchaser.

The proposal from CPG Development Projects is for a retail led mixed use scheme which includes a public house and drive-thru restaurants.

Last year Next Plc were granted planning permission to build a home and garden superstore with a conservatory, garden centre, coffee shop and 209 car parking spaces. This would occupy approximately 3 acres of the 14 acre site.

CPG Development Projects has been selected as the preferred bid because it "offers the most certainty of generating the highest capital receipt".

Cabinet will consider the proposal to dispose of the Council's landholding at Earl Road, Handforth to CPG Development Projects at their meeting on Tuesday 3rd March.

As reported last week, Orbit Developments has submitted a planning application for a new retail development of five units along with a standalone single drive thru unit adjacent to the existing Handforth Dean retail park.