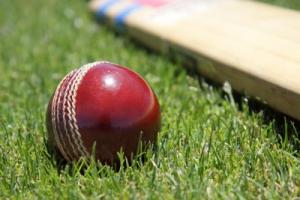 Alderley Edge 1st XI began their league season on Saturday against Bramhall, and in beautiful April sunshine a large crowd witnessed a thrilling match in which the result unfortunately just went against the home team.

Alderley put together a respectable score of 215-8 from 55 overs with half centuries from captain Alan Day and Charlie Reid, and for most of the match this looked like being a total that would certainly be adequate to avoid defeat. However, a brilliant innings of 73 not out by Bramhall's captain Nick Cantello took the newly promoted team to victory from the penultimate ball of the match, despite the required run rate at one point exceeding ten an over.

With the 2nd XI suffering a heavy defeat to Didsbury, Alderley will be looking to kick start their season next week against Nantwich on Saturday and in the National Knock-out at home to Farnworth CC from Lancashire on Sunday, but with an acute player shortage over the coming weekend it is going to be a daunting challenge!