Hockey: Victorious weekend for all ages 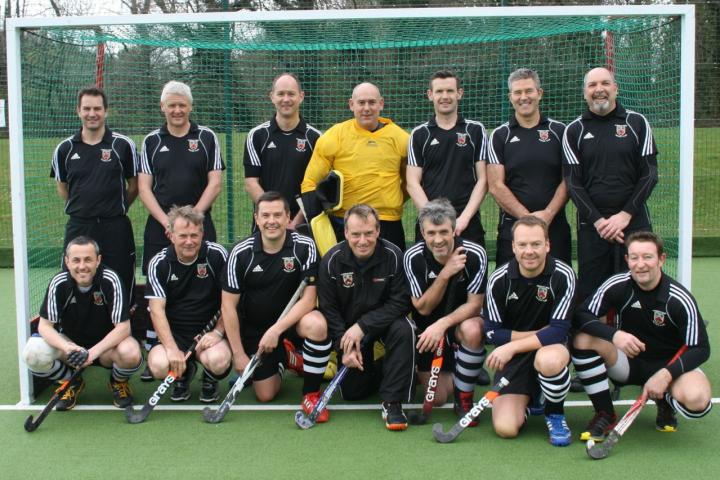 Alderley Edge Edge Masters and Boys U14 through to National Final

Alderley Edge Edge Masters won their semi-final of the EHB Shield as they hosted Sudbury from Suffolk.

Alderley Edge opened the scoring in the 20th minute as Ben Hodkinson fired in a cracking shot from the edge of the D. Richard Williams made it 2-0 as he was quickest to react and he squeezed a reverse stick jab past the 'keeper.

Ed Johnson saw his shot strike a defender on the line and he stepped up to convert the resulting penalty stroke. Neil Hanley hit a defence splitting pass that found Mike Parkin to score the fourth and minutes later Parkin added the fifth.

It could have been more if the Sudbury 'keeper had not been is such fine form and Alderley Edge made more from their penalty corners. Sudbury did have their chances but Danny Jones stood firm in the Alderley Edge goal. Final score 5-0. They will now travel to Nottingham on the 5th April for National Finals Day to play Havering HC of Essex.

At the other end of the age scale the Boys U14 travelled to take on Bowdon, Wakefield and Leek in their qualifying tournament. First up was local rivals Bowdon and Alderley Edge triumphed 3-0 with goals from Edward Fluck and Sean Neary, with Morgan Jennings showing true fighting spirit continuing after being struck in the face by the ball.

Alderley Edge then defeated Wakefield by the same score Jennings, Fluck and Neary on the scoresheet, but it was the team performance with great ball retention and strength shown by all involved that saw Alderley Edge through. With results in the other games going their way Alderley Edge had won with a game to go and with the boys already in party mood they slipped up 1-0 to Leek. The National finals will be held on 10th and 11th of May in Wakefield.

The Girl U14s narrowly missed out losing to Thirsk and Kirkby Lonsdale, but showed tremendous resolve winning the third 1-0 against Chester.

Ladies on verge of promotion

After winning their league the Ladies 1st team are in the midst of a promotion play-off tournament. This weekend they faced Leeds.

Alderley Edge got off to a flying start and England U16 hopeful Helena Evans was in particularly fine form and scored twice in the opening ten minutes. Leeds then pulled one back before Evans completed her hat-trick before half time.

In the second half Leeds made it 3-2, but once again Alderley Edge dug deep and stretched their lead, this time Georgie Park applied the finish, following up from Lily Wolstenholme's saved shot. Leeds set up a tense finish scoring from a penalty corner to make it 4-3 but Alderley Edge Edge saw out the time and ran out deserved victors.

On the whole Alderley Edge Edge produced a fantastic team performance and were unfortunate not to score another couple of goals, with Helena Evans picking up Player of the Match.

They now face Newcastle next week to try to secure a position in North division One for next season.