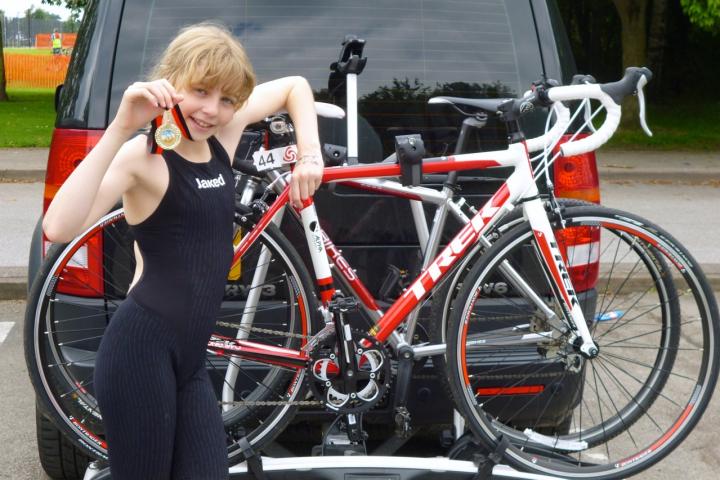 Georgina Denham, a pupil in Year 7 at The Ryleys School, was invited recently to trial for the North West Regional Triathlon Academy, which is one of nine regional academies making up the British Triathlon Federation Academy.

The Academy is committed to the development of young and talented athletes and preparing them for the British Triathlon Olympic Talent squad.

Having competed last month, Georgina, from Mobberley, achieved the Gold standard times in both swimming and running, along with only two other 12 year-old girls from the North West. This has resulted in her being offered a coveted place at the Academy.