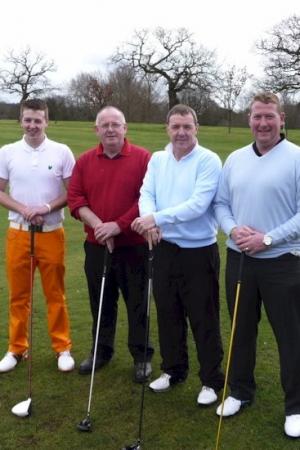 Alderley Edge Golf Club marked the start of their new season with the traditional match between the Captain's and President's teams.

Teams representing Captain Rick Ford and President Brian Foden, who are both Alderley Edge residents, competed in the four ball game on Saturday, 17th March, with the Captain's team winning 12-8.

The club has a thriving Junior section, run by Vice Captain Paul Penney, and a raffle and auction after the post-match dinner last night raised £1300 towards running the junior teams for 2012.