Basketballers through to district finals 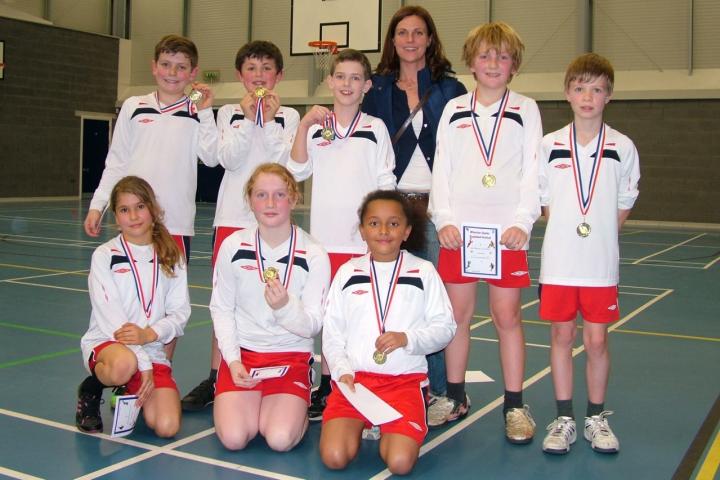 Following a tightly fought game the basketball team at Alderley Edge Community Primary School are through to the district finals.

The team played brilliantly in the Wilmslow School's Basketball Tournament this week, winning all four of their group games to make it through to the semi-final which they narrowly won against Lacey Green School.

This set up the final against Ashdene A Team, which was a closely fought match with Alderley Edge eventually winning by one basket.

Chris Perry, Headteacher, said "The team played brilliantly. Some of the games were very close but they used the skills that Mrs Bateman had taught them, as well as the game plan, and I think this was why they were eventual winners. I am absolutely delighted with the win."