Harry triumphs in the Challenge Cup 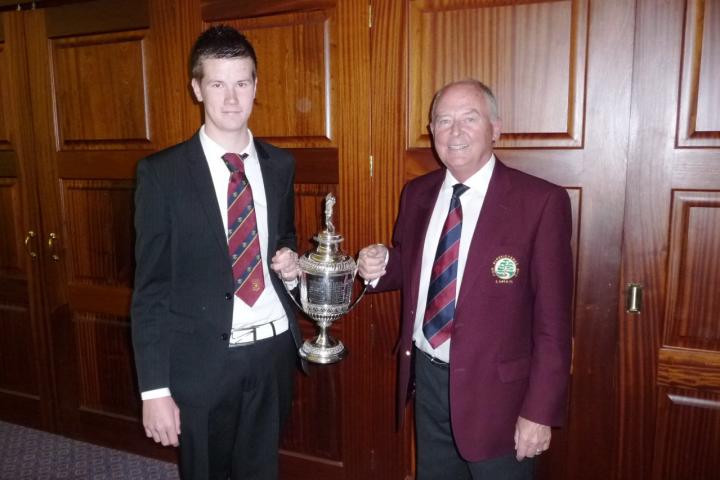 Dating back to 1922, when it was donated by a club member who preferred to remain anonymous, the Challenge Cup is regarded as Alderley Edge Golf Club's handicap championship.

Harry is pictured above with club Captain Brian McGuire and the magnificent trophy.