King's staff take on the challenge for Men's Health causes 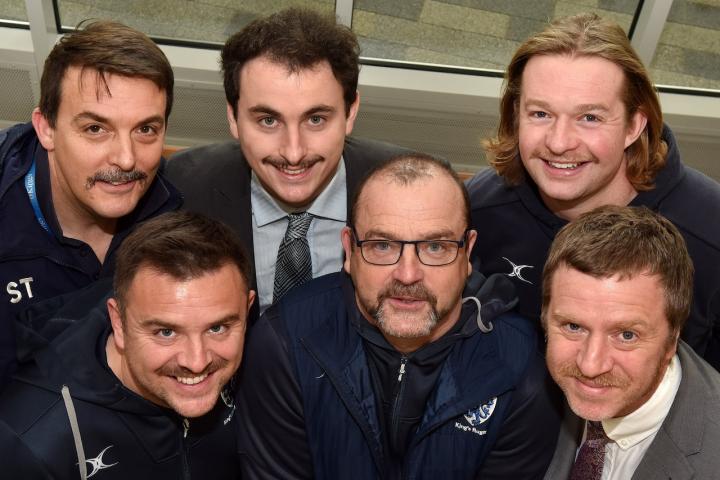 The King's School male staff have completed the 'Movember' challenge, raising funds for a range of men's physical and mental health charities.

Some might have thought it was an audition for 'The Good, The Bad and The Ugly', but the teachers from across the Infants, Juniors, Seniors and Sixth Form were raising awareness of often taboo topics including prostate cancer, testicular cancer, mental health and suicide.

The challenge was organised by Geography teacher John Percival, who said: "We aim to raise £500 by the end of the month and match last year's Movember challenge. I had a moustache when I was younger but then cut it off. My family aren't that impressed with me, but what's new...they are getting used to me doing mad things."

Deputy Head, Paul Cooper, who has spent most of his life in Liverpool was delighted to be compared to George Harrison in The Beatles 'A Magical Mystery Tour', "I'll take that, definitely," he smiled, and added: "More importantly, it's about raising awareness so our young men know about men's mental and physical issues and how problems may affect themselves or their friends, now or in later life."

Head of Year 5 Simon Thomas said: "I will shave it off on December 1, though could well grow it back for our Year 5 Mexican day in the spring."

While Infant & Junior Division sports coach Harrison Wyatt said: "I try to do it every year. It's important to raise awareness particularly for men's mental health issues, which we often all too easily ignore."

Pictured at the back are Simon Thomas, Will Kelly and Harrison Wyatt and at the front Adam Taylor, John Percival and Paul Cooper.