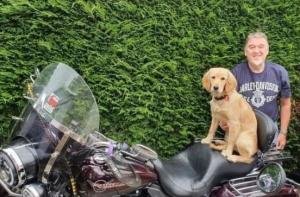 A woman from Manchester who was responsible for causing a fatal collision in Wilmslow has been sentenced.

Shayma Ahmed, of Darras Road, Manchester appeared at Chester Crown Court on Tuesday 15 November where she was sentenced to 26 weeks in prison, suspended for 18 months. She was also ordered to complete 240 hours unpaid work

The 36-year-old had earlier pleaded guilty to causing death by careless driving.

Ahmed was also banned from driving for 18 months and ordered to pay £215 in fines and court costs.

The court heard how officers were called to Manchester Road, Wilmslow, at around 9.35pm on Monday 26 July 2021 following reports of a collision involving a silver Vauxhall Astra and an Indian Scout Bobber motorcycle.

The Vauxhall Astra, which was being driven by Ahmed, was travelling towards Wilmslow on Manchester Road, with the intention of turning right at the Dean Row Road traffic lights.

The motorbike was being ridden in the opposite direction by 70-year-old Leonard 'Len' Royle, who was planning to go straight on at the lights.

However, Ahmed failed to notice Mr Royle, despite the fact that he was clearly visible and in plain sight.

Instead of allowing him to pass, she collided head-on with Mr Royle's bike, causing him serious injuries.

A number of people stopped at the scene to help him but sadly, despite the best efforts of all those involved he died at the scene.

Police Constable Liz Thompson, of the Serious and Complex Collision Investigation Unit, said: "This was a tragic but preventable collision caused by Ms Ahmed's failure to check that the road was clear.

"As a result of that failure, a 70-year-old man has lost his life and a devoted wife of 40 years has lost her husband.

"The family of Len have had their lives totally torn apart and they will never be the same again.

"Driving a motor vehicle is a privilege, not a right, and it comes with great responsibility to act within the rules laid down when you pass your test.

"Our thoughts remain with Len's family and friends at this time, who have been left devastated by this tragic incident."