Cricket: Alderley's season ends in a whimper with defeat to Brooklands 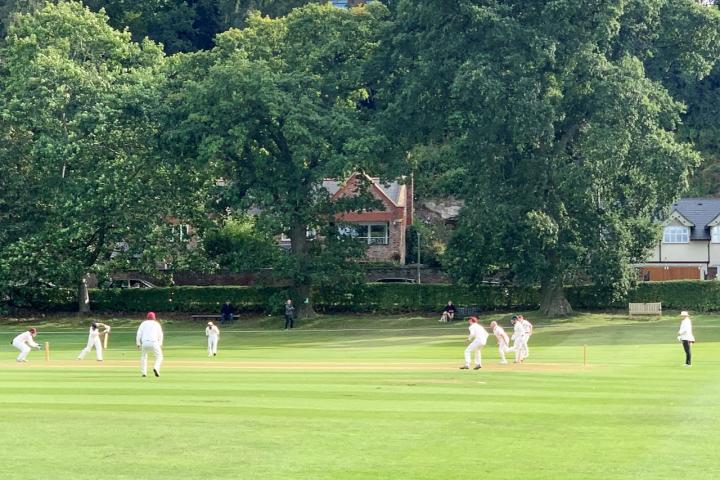 Another brittle batting display from Alderley Edge First XI finished their season in disappointing fashion with a second consecutive loss, this time to Brooklands who began the day needing to secure points to confirm their place in next season's Cheshire County Premier League.

Winning the toss Brooklands chose to bat first at Moss Lane and began steadily before Andrew Windle made the breakthrough with the score on 34, removing opener Dave Cunliffe caught behind by wicketkeeper Sam Perry. Dan Fesmer entered the attack and quickly picked up 2 wickets in a tidy spell of 2-28 as Brooklands made their way to 97-3 with overseas opener Todd Walker producing the bulk of the scoring for the visitors.

Alderley's Kiwi James Naylor returned to the attack to break the crucial partnership, bowling the dangerous Kevin Carroll for 26, with Walker following in similar fashion shortly after for 86 as Brooklands slipped from 143-3 to 146-6 with Naylor passing 50 wickets for the season in the process. The visitors' lower order tried to mount a fightback but were undone by the spin of Will Valentine who took 4-21 from 8 overs as Alderley turned the screw, dismissing their opposite order for 177 from 52 overs.

In reply Alderley's innings never really got going as seamers Rob Leach (5-30) and AJ Hart (3-18) took complete control of proceedings with the early loss of Ed Foster and Will Valentine leaving the hosts on 3-2 in the early stages. Alderley recovered slightly to 28-2 on the back of Sam Perry's 21, the only score of any real note with the single figure scores from the rest of the order leaving Alderley's scorecard resembling a phone number as the hosts were dismissed for just 61 inside 28 overs.

The 116-run victory and 25 points for Brooklands secured their spot in the league next year with Bowdon and Oulton Park both relegated, and Alderley clinched third place in the league with Hyde taking second place by a margin of 24 points.

After battling at the wrong end of the table for the majority of the season Alderley's Second XI finally succumbed to relegation from the Second XI Premier Division following a 5-wicket defeat at neighbours Cheadle.

Winning the toss and bowling first the hosts made life difficult for Alderley throughout their innings as tight bowling from the whole of their attack restricted the visitors to 162-7 from their 50 overs. Tejas Rao hit 39 with 29 from Liam Yahathugoda and 20 not out from Henry Stevinson the main contributions for Alderley, Mark Hampson was the pick of the Cheadle bowlers registering 2-50. In reply, 35 from opener Nick Reid set Cheadle on their way with 30 from Moin Shah and 20 not out from Riche Staughan seeing the hosts over the line to seal Alderley's fate as Jon Usher's side dropped to Division One for next season along with Oulton Park after finishing just 6 points behind tenth-placed Bowdon.