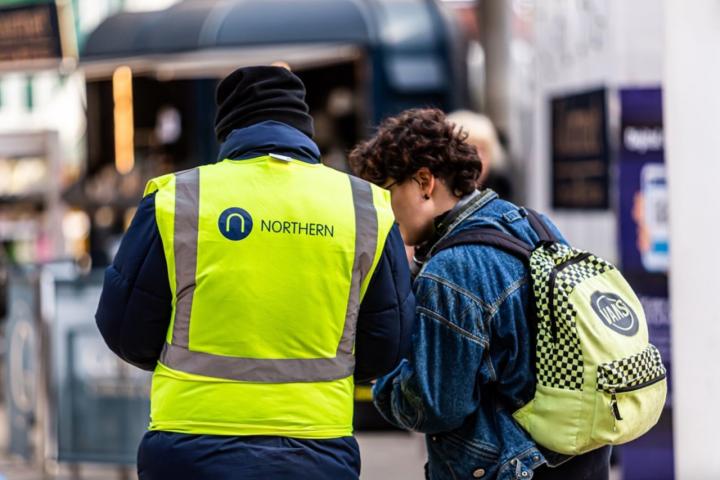 Secondary schools in Cheshire, Greater Manchester and Merseyside have featured in a list of the ‘Top 5’ schools for students caught fare evading by Northern.

The train operator is now working with the schools to urge parents to buy the existing heavily discounted (up to 75% off) Educational Season Tickets when schools return in September rather than give their child money for the fare – which some students decide to pocket and take the risk of travelling without a ticket.

The ‘Top 5’ schools for student fare evaders are:

A spokesperson for Northern said "Many fare evasion incidents took place when students were travelling relatively short distances between rural and suburban stations which are not barrier-controlled.

"Given the high number of students on-board and the limited journey time, conductors cannot always carry out a full ticket inspection, which emboldens students to ‘risk it’."

Examples of the savings, based on a child’s return fare being used on the 195 days that schools are open per year, include: an annual education season ticket for Alderley Edge to Wilmslow High School costs £78, reducing the daily return fair from £3.30 to 40p.

Commenting on their decision to name the ‘Top 5’ schools, Mark Powles, commercial and customer director at Northern, said: “Everyone has a responsibility to buy a ticket before they travel. Unfortunately, some students think that rule doesn’t apply to them – and routinely fare evade on our services.

“It’s important they know that fare evading is a criminal act and in the future they could end up with a criminal record for the sake of paying the, heavily discounted, student fare.

“With the end of the school year almost upon us, we are urging parents from September not to give their child money with the hope they will buy a ticket, but to save money by ensuring their child has a ticket by buying it for a cheaper rate in advance.”

David Smith
It would be 'rather good' if similar fares were available to people who live a short distance from Wilmslow and travel here to their workplace. This would ease the parking situation in the local streets and reduce the pressure to have a new town centre car park [we still NEED one though]. Such a fare would probably be less cost than the petrol. I would suggest a flat £1 single fare which would see a monthly travel cost of £40 for a five day working week. Such fares only to be available in morning and late afternoon time periods.

Michael Keeley
It’s always the passengers fault with Northern. Making it more and more difficult to actually buy a ticket by trying to save staff by shortening ticket office opening hours, then random short notice ticket office closures of the ones that are open, stupid afternoon “peak hour” restrictions to confuse you, unreliable ticket machines which have a tendency to take your money and then not issue a ticket, an over reliance on mobile phone ticketing then the swarms of aggressive hi viz spot checks not to mention their own appalling service reliability and wriggling out of paying out delay repay….despite their glossy publicity train travel is not exactly a pleasure.

Kelvin Briggs
Clearly changes happening with a move from manned ticket offices to using tickets machines, on line payments etc.
it’s not perfect for sure, but the fact remains some local youths and young adults are not purchasing tickets, chancing they won’t be caught.
As a regular volunteer at the station , trying to improve the station environment with art works, planters, flower displays and a book exchange , I witnessed the ticket enforcement team two afternoons running last week.
The first day, according to the enforcement team, a staggering 30 + rail users arrived at Alderley Edge in a two hour window with no valid tickets.
The next day, it was less but offenders from Thursday, tried it on again the next day.
I recognised the children as local and the Wilmslow High school uniforms and fee paying schools further down the track . I disappointed to see them trying it on again.

We seem to have a culture of anti social behaviour with youths in particular engaging in travelling with no intention to pay, vaping and littering on the platform, sitting on flower planters damaging plants and some regular youths pulling up plants from displays.
These are local children and I hope the schools and more importantly parents can lead children to become more respectful citizens in the future.