Cricket: Back to back wins for Alderley after Neston victory 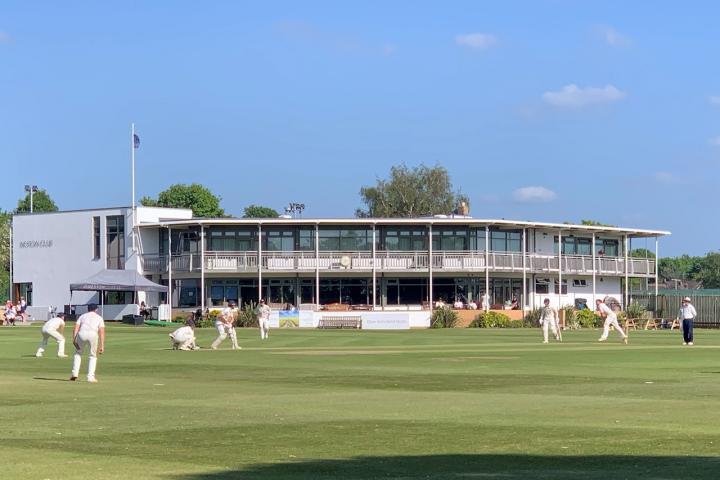 Winning the toss Alderley skipper Charlie Reid chose to bowl first looking to restrict the home side on a firm pitch that looked well suited for batting.

Neston's opening pair accumulated steadily in the opening half of the innings adding 85 for the first wicket before Luke Camden departed for 43, trapped lbw by Andrew Windle, but committed fielding from the visitors and tight bowling in the middle overs by Reid (1-52 from 17 overs) and Windle (1-31 from 10) helped to keep scoring in check.

With the hosts at 110-2 with 15 overs of their innings remaining, Neston's number 4 Simon Stokes began to play more expansively hitting 42 from 39 balls before falling to kiwi James Naylor, and a late burst of 2-39 from Oli Kenyon helped Alderley close the home side's innings on 209-5 from their 55 overs.

Alderley rallied after the early loss of Ed Foster in the second innings reaching the half century mark in only the fifth over of their reply with Tom Foreman striking 33 off 21 balls in a partnership of 59 with opener Sam Perry.

The dismissal of Foreman at 61-2 gave Neston's Australian overseas player Rowan Shelton his second wicket but George Bell picked up the baton for Alderley and in tandem with Perry the pair continued to add runs in quick time with Bell hitting 37 from 31 balls.

Neston struck back with Luke Jones taking two wickets in two balls with the score on 107 to remove Bell and Oli Kenyon but Perry continued to pick off some loose bowling from the home side to steer Alderley home with 14 overs to spare striking an unbeaten 78 from 110 balls in putting on a commanding partnership of 108 for the 4th wicket with Richard Wilkinson who hit a cultured 59 not out.

In Second XI action Jon Usher's team put their recent woes behind them with a 4 wicket win over Neston at Moss Lane. Bowling first after winning the toss Alderley struck regularly straight from the off with openers Max Wilson and Ashray Bhamidipati each claiming two wickets in the opening overs to leave the visitors reeling on 14-4.

Neston consolidated on the back of opener Jamie Wilson's 77 to reach 120-7 but Max Wilson returned for Alderley to sweep away the visitor's tail and claim 5-27 from 9 overs in an excellent display closing the innings in the 38th over for 138.

A second wicket partnership of 76 between Ben Lambert and Ashray Bhamidipati helped Alderley take control of the early part of the second innings before both were dismissed with the score on 89, Bhamidipati the first to go for 37 with Lambert following shortly afterwards for 39.

Neston quickly claimed the scalp of Wilson to leave Alderley on 93-4 but veterans Dil Yahathugoda, with 23, and skipper Usher with 22 not out provided the composure to see the hosts to their target to claim a well-earned 25 point win.

On Sunday, Alderley's Third XI secured a draw in a high scoring encounter at Stockport Georgians' Cromwell Road ground. Winning the toss the hosts racked up 294-7 after deciding to bat first, number 5 Sajjad Ayub hitting an unbeaten 101 and 67 from number 3 Ben Duckworth providing the bulk of their total.

Liam Yahathugoda was the pick of Alderley's bowlers taking 3-57 with Joe Bailey-Heald taking 2-29. In reply opener Ashray Bhamidipati hit a superb 107 but with no other batsmen in the top 5 making more than 14 Alderley's top order couldn't find the partnerships needed to threaten the hosts' total as Georgians exerted control with the ball in the second innings through James Tilley (2-32) and Ben Duckworth (2-33).

54 not out from skipper Dil Yahathugoda ensured Alderley were not in threat of losing the match closing on 203-5 from their 45 overs to take 8 points from the contest to Georgians' 13.