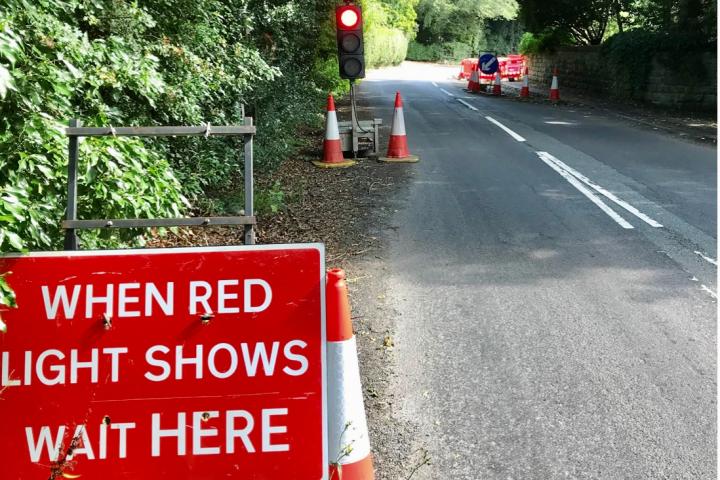 Residents will soon see an end to the temporary traffic lights that have been in place on Brook Lane since December 2020.

Councillor Craig Browne has confirmed that Cheshire East Highways will be installing scaffolding next week to secure the remaining boundary wall and fencing to address the risk of the wall collapsing onto the footpath, enabling it to be re-opened to pedestrians once more.

Councillor Craig Browne said "The works, which are expected to take place between Tuesday 31st August and Friday 3rd September, will finally see the removal of the temporary traffic signals. The boundary wall has been the subject of an ownership dispute for several months; however, following the serving of a legal notice by Cheshire East Council (which the owner of the wall did not appeal), Cheshire East Highways are now able to intervene.

"The reinstatement of the damaged section of the boundary wall remains the responsibility of the owner."

Andy Brown
What a momentous occasion. Surely worthy for one of the "real" housewives of Cheshire to be in attendance and lets get the Mayor to dust her chains down while we are at it.

David Smith
Fine - but why is it we live in such a 'democracy' and apparently correct/fair legal system that it takes so long to arrive at the correct solution to problems such as this?
None of us anywhere in the country pays our taxes of all kinds in order to put up with this state of affairs.

Kelvin Briggs
Passed the site this morning.
So it’s back to , as we were, a year or two back with a fragile Harras fence, gaping gap , reduced footpath width and no sign of immediate reconstruction of the original stone wall.

Will there be a court case soon to determine responsibility and a remedy?

Could the Council not rebuild it ASAP and if determined in law it’s the land/ owners cost to cover , pass on the bill?

Alan Brough
I think that the legal case has been established. The responsibility for repair to the wall rests with the property owner. If anyone is injured as a result of their failure to maintain the wall (including consequential impact on adjoining thoroughfare) the property owner will need deep pockets and robust conscience.