Cricket: Alderley breeze past Elworth in first round tie 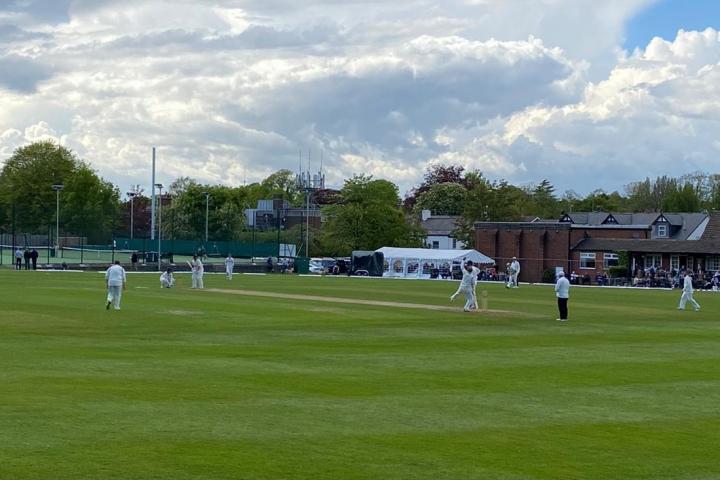 With both Alderley Edge First and Second teams' league fixtures falling victim to the weather for the second weekend in a row on Saturday focus fell on Sunday's Cheshire Cup first round tie against Elworth at Moss Lane. Winning the toss skipper Charlie Reid asked the visitors from the South Cheshire and North Staffordshire league to bat first on a pitch that had been under cover for most of the week due to the heavy rain.

Batting proved a difficult task early on in the contest with opener Alex Banks enduring 51 balls for his 18 before being dismissed with the scoreboard at 40-3 and the hosts well in control of the game. Banks was one of 3 wickets for Alan Day who proved the pick of Alderley's bowlers with 3-30 combining with Dan Fesmer's impressive spell of 2-20 off 8 overs to do the bulk of the damage to the visitors' top order. On the back of number 4 Chris Regan's 26, Elworth got over the 100 run mark and rallied slightly from 101-7 later in their innings to close on 124-9 from their 40 overs.

With the risk of rain still around later in the afternoon, a change to the usual Alderley batting order saw Chris Sanders elevated to open the innings in the hope of making short work of the chase. Sanders answered the call with dramatic effect hitting 45 off 34 balls including four sixes in an opening stand of 67. 26 from fellow opener Sam Perry and a brisk 24 from Ed Fluck set Alderley well on course for victory with a boundary from Will Valentine sealing the win for the hosts by a margin of six wickets.