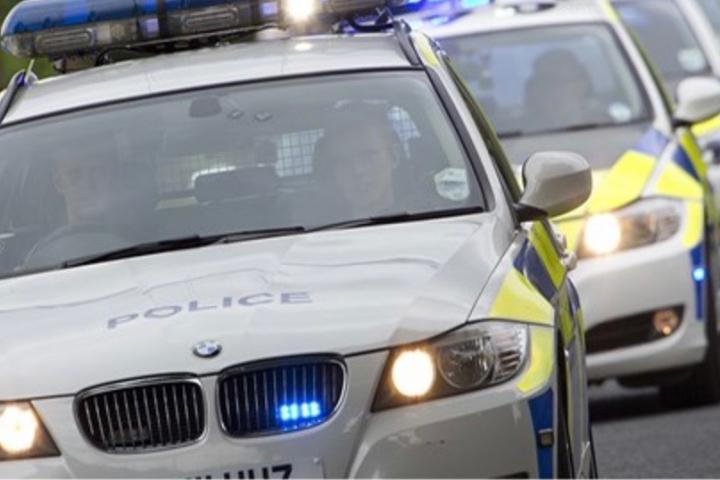 Four men have been arrested following attempted carjacking and police pursuit in Trafford.

At around 12.45am today (Friday 19th February) a GMP officer was alerted to an ongoing robbery attempt of a Seat Ibiza on Barlow Moor Road, Chorlton-cum-Hardy.

Four males in a black Volkswagen Tiguan, which had been stolen from Alderley Edge, and a white BMW 330E had attempted to steal the occupied Seat Ibiza before abandoning the Volkswagen and subsequently fleeing the scene in a white BMW 330E.

A police pursuit ensued and the four offenders, who were all dressed in balaclavas, subsequently abandoned the BMW on Church Street, Withington and fled the scene on foot before all four were quickly detained by officers in vicinity of the vehicle.

Four men, aged in their 20s, were arrested on suspicion of a variety of offences including burglary, attempted robbery, dangerous driving and possession of weapons. They all remain in custody for questioning.

Following a search of the vehicle, balaclavas and axes were recovered. Further enquiries established the Volkswagen had also been reported stolen 10 days ago in Alderley Edge.

Detective Chief Inspector Gareth Levitt-Jones of GMP's City of Manchester division, said: "Thankfully no one was injured during the pursuit and due to the diligence of our officers we currently have four people in custody for questioning. We are working tirelessly to disrupt robbery and burglary offences in South Manchester, and I hope these arrests serve as a warning that GMP will absolutely not tolerate this sort of reckless and dangerous behaviour within our community."