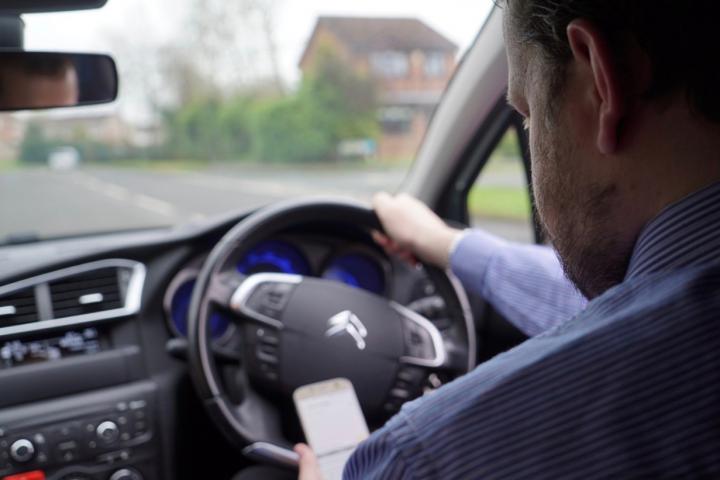 Cheshire Constabulary is taking part in a national crackdown against road users who use their mobile phone behind the wheel.

The operation runs between Monday 1st and Sunday 21st February, with the force taking part in enforcement and educational activity in support of the National Police Chief Council's country-wide campaign.

Officers will be out and about on the lookout for people using their mobile phone behind the wheel, or any of the other Fatal 5 offences (careless driving, speeding, drink/drug driving, not wearing a seatbelt).

Head of Cheshire's Roads and Crime Unit, Jon Betts, said: "National statistics suggest that drivers who use mobile phones behind the wheel are four times more likely to be involved in a collision.

"The majority, if not all, road users know that it is against the law to use their mobile phone while driving, yet some still decide to do it anyway. Many people even try and hide it down by their laps in a bid to avoid being caught.

"There is no excuse. If caught using your mobile phone while driving, you will face the prospect of a £200 fine and six penalty points on your licence and, if you're under 21, you could lose your licence. If you think you could be tempted to look at your mobile phone, then leave it well out of reach. That call/text/post on social media is not worth dying for."

David Keane, Police and Crime Commissioner for Cheshire, added: "Making our roads safer is one of my key priorities and I am pleased that Cheshire police is taking part in this national campaign to reduce the numbers of drivers using a mobile phone on our county's roads.

"Using a phone whilst driving is completely irresponsible. Not only does it put the lives of the driver themselves at risk, it also risks the lives of other road users and pedestrians.

Chris Jones
In the last couple of council tax rises, we were told we were getting bobbies on the beat because “that’s what people want”.
Where are they !