More than 50 attacks a month recorded on Cheshire Police officers 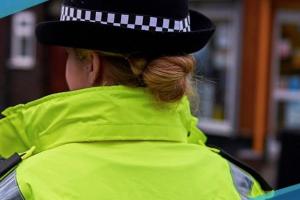 Cheshire Constabulary has pledged its commitment to enhancing the safety of staff after than 50 assaults a month were recorded on its officers.

Police safety training is to be overhauled and an assessment of equipment available to the frontline will be carried out following the findings of a national survey commissioned by the National Police Chiefs' Council and the College of Policing in response to concerns about a rising number of assaults and increased violence against officers.

Over the past 12 months Cheshire Constabulary has recorded a total of 637 assaults on police officers – with or without injury – which equates to more than 50 assaults a month.

A report published today (Wednesday, 2nd September) contains 28 recommendations, which were unanimously agreed by Chief Constables' Council earlier this year but publication of the report was delayed due to the Covid-19 pandemic.

As a result Cheshire Police force has introduced a local action plan which includes a focus on training and wellbeing support, equipment and operational response, criminal justice outcomes and roads policing and officer safety.

Chief Constable Darren Martland said: "Any attack on a police officer is shocking but recent incidents across the country serve as a stark reminder of the dangers that they face on a daily basis.

"As Chief Constable of Cheshire the safety of my officers is of paramount importance and I am committed to doing all I can to ensure that they are properly trained and equipped with the tools that they need to do their job effectively.

"That is why the force is supporting this national review, commissioned by the National Police Chiefs' Council. It will complement the work that we already carry out to asses and mitigate the threats and risk our officers face.

"As well as the national survey, an internal review has also been carried out. From both our findings and those from the national review, an action plan has been put together in relation to the key points. Those areas have been allocated a senior officer to take the lead and start to make a real difference in ensuring our officers' safety."

CC Martland added: "The impact of an assault on an officer should not be underestimated – not only does this have an effect on their physical and mental wellbeing it also potentially takes an officer off the streets for a period of time putting added pressure on others to uphold the level of service we strive to provide to the communities of Cheshire.

"I am committed to ensuring that as a force we are doing everything we can to reduce the risk to our officers. However, in cases where an officer is assaulted on duty we will make sure they receive all the necessary support from the Constabulary and, where appropriate, action is taken against offenders and they are brought to justice.

"It is important to remember that attacking an emergency services worker is a criminal offence and can result in a jail sentence."