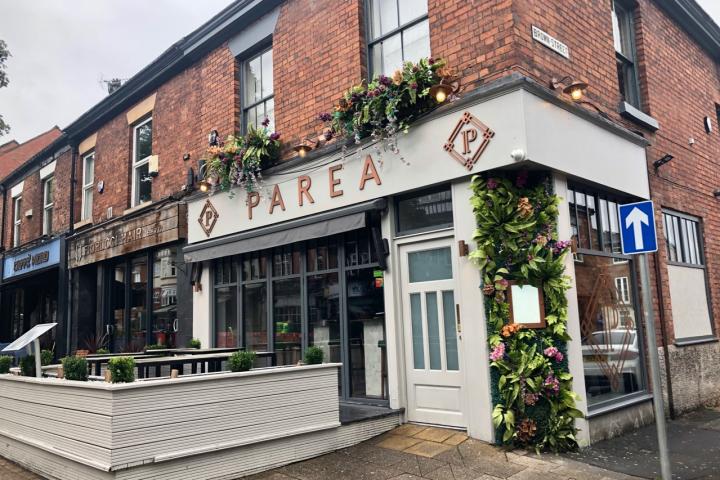 The windows of a bar in Alderley Edge were smashed by a masked thug in the early hours of Sunday, 9th August.

Guests at Parea were left shaken following the attack which is believed to have been carried out by someone who had been refused entry earlier, so the owners could limit the numbers to maintain social distancing.

Owners of the London Road bar thanked their staff, security team and police on social media following the incident.

James Golden and Chantelle Heskey said "We have reviewed the CCTV and can confirm that the actions taken by the individual who caused disruption to our guests and their safety was that of someone refused entry so that we could maintain our numbers and continue with social distancing.

"We are taking this very seriously and are working with the Police and our security team to bring the person in question to justice."

A police spokesperson said "At around 1am on Sunday 9 August Police were called to reports that three windows at a bar on London Road, Alderley Edge, had been smashed by an unknown person. The offender was wearing blue gloves, a mask and a black hoody. Enquiries in relation to the incident are ongoing and anyone with any information is asked to call police on 101 quoting IML 775447."