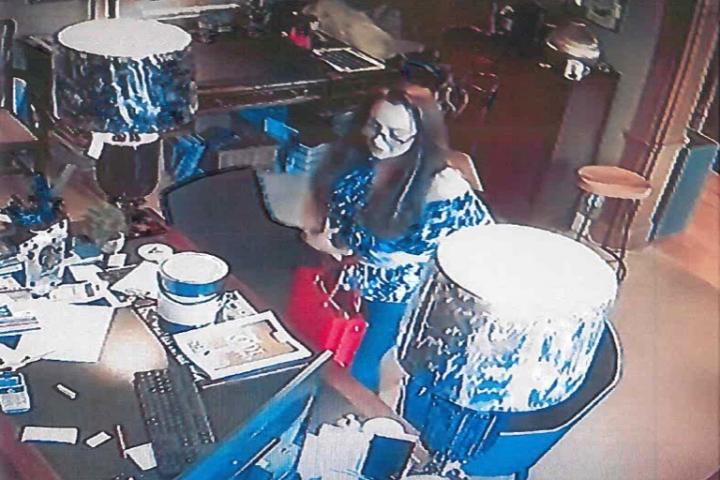 In February, officers from Cheshire Constabulary and Merseyside Police's Economic Crime Team launched a joint investigation into an Organised Crime Group (OCG) who were committing payment card fraud in the Cheshire, Greater Manchester and Merseyside areas.

On Wednesday 13th May a team of 50 officers from Cheshire executed warrants at the home addresses of the four women in Greater Manchester.

They were all arrested and a number of items were recovered including an Audi car, motorcycle clothing, two electric scooters, designer watches and clothing, furniture and a quantity of cash.

All four women pleaded guilty to conspiracy to commit fraud and three were jailed at Chester Crown Court today for a total of four-and-a-half years:

The court was told how the fraudsters stole till merchant receipts from restaurants, spas and hotels. They would then attend high-end stores and restaurants, including businesses in Alderley Edge, Mobberley, Northwich and Knutsford to purchase goods using the payment card details from the stolen receipts.

From the initial offence on Tuesday 17th December 2019 officers were able to identify more than 150 fraudulent transactions at various locations across the North West, Yorkshire and Leicestershire between October 2019 and May 2020, with losses totalling more than £62,000. Items targeted included designer clothing, power tools, high performance car parts, motorcycles and motorcycle accessories.

While the women kept some of the items they bought fraudulently, on other occasions they would return to the stores and request a refund. They would then put their own payment card into the machine so that the money would go into their own personal bank accounts. The group received more than £16,000 worth of fraudulent refunds from doing this.

Following their sentencing Detective Constable Claire Heatley from Northwich Local Policing Unit, who led the investigation, said: "The sentences handed to these women reflects the severity of the crimes that they committed.

"Over an eight month period they systematically siphoned more than £45,000 from the accounts of innocent members of the public by purchasing items using stolen account details.

"They even had the audacity claim refunds of a number of these items and had the money put into their own personal accounts. This resulted in the group receiving more than £16,000.

"Even being in a lockdown during the coronavirus crisis did not stop the women in their pursuit for the luxury life. When high street stores were closed, they started targeting off-licences and petrol stations where they purchased large quantities of alcohol and cigarettes along with hundreds of pounds worth of Lottery tickets.

"Thankfully, their illegal spending spree has been stopped and they are all now facing the consequences of their actions."

Detective Chief Inspector Clare Coleman, Crime Manager at Cheshire Constabulary, said: "Today's sentencing is the culmination of a lengthy and complex investigation spanning many force borders. This has focused on hundreds of fraud offences committed across the North West.

"Each one was carefully planned and fraudulent bank details were used to purchase high-value items from stores in Cheshire, Merseyside, Lancashire, Cumbria, Greater Manchester and Derbyshire.

"The women committed the offences in order to fund their lavish lifestyles, buying expensive clothing, perfumes and designer sunglasses.

"It is clear that they had no thought as to the impact of their actions on both the businesses they were targeting and the legitimate customers whose credit card details they decided to steal.

"Thankfully, as a result of the joint investigation by officers from Cheshire and Merseyside, three of the women are now behind bars."

Following their sentencing, a Proceeds of Crime hearing will take place at a later date where a decision will be made regarding the seizure, and possible sale of, any assets owned by the women.