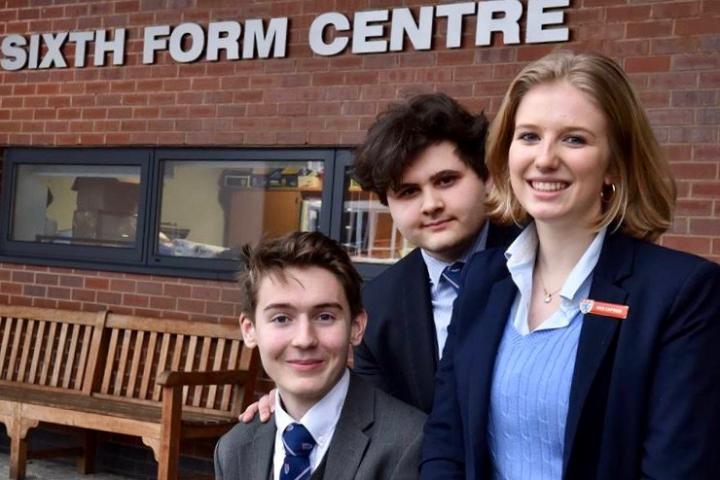 A trio of talented young scientists from King's have this week received offers of places from one of the world's great universities.

All three of the King's pupils are studying science-related subjects and all hope to be travelling down to Cambridge University in September after receiving top offers, subject to achieving the grade requirements in this summer's A Level examinations.

Pictured (from the left) are King's School Captain Kieran Cullen, 17, who has an offer to read Medicine at Clare College, Cambridge. Kieran said: "To read Medicine has been a long-standing dream of mine. I would love to be involved in cutting-edge science and to help patients." A member of the King's Choir, Kieran was also a national award winner in the Model United Nations debating competition.

Joshua Howdle, 17, has an offer of two A*s and an A to read Chemical Engineering via Engineering and says the subject appeals because "It opens up a vast range of challenging options and I want to have an interesting career, hopefully as a freelance chemical engineer." Joshua was team leader on King's award-winning Engineering Education Scheme project.

King's School's Vice Captain, Aisling Day, 17, has an offer of two A*s and two As to read Chemical Engineering via Natural Sciences, and says she chose the course because "I want to apply pure science to practical problems." A brilliant musician, Aisling has Grade 8 in Piano and Cello, which she plays is the Hall Youth Orchestra.

The Principal of King's Sixth Form, Richard Davies, said: "These young people have been given offers in some of the most competitive subjects at one of the world's most demanding academic institutions. They are clearly very bright and hard-working, but also great fun to work with and make a huge contribution to our Sixth Form community. We are very proud of their achievement."