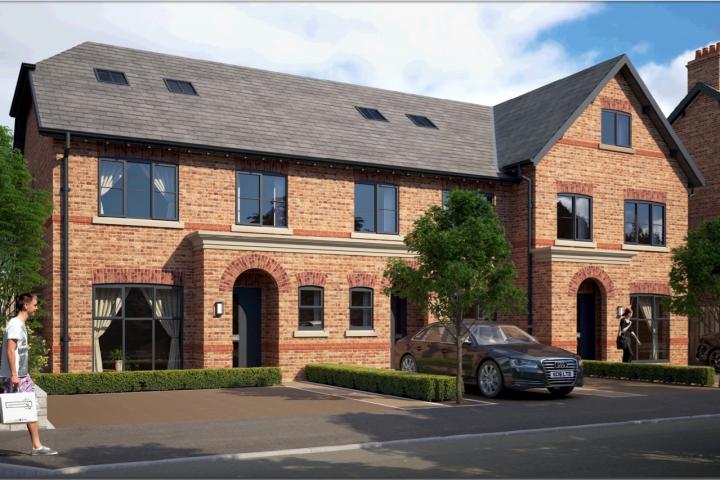 Plans to demolish a bungalow on Moss Lane and erect three townhouses have been approved by the Northern Planning Committee.

Councillor Craig Browne called the application to Northern Planning Committee at the request of the Parish Council, as well as the Edge Association - a representative of whom spoke at the meeting on Wednesday 9th October where the scheme was passed by 9 votes to 3.

The scheme includes six off road parking spaces at the front of the site, with two parking bays per dwelling and private gardens.

The accommodation is 2 ½ storey with a single room in the roof, with a rear facing dormer overlooking Alderley Edge cricket ground.

Councillor Craig Browne said "One of the questions I asked members of the committee to consider, was whether or not the external amenity space (rear gardens) of the proposed properties would be adequate for three-bedroom dwellings, given the likelihood of them being occupied in future by young families.

"This highlights once again why having an adopted Neighbourhood Plan will be so important for Alderley Edge. The draft policies which we have recently consulted on, especially Policy AE2 (scale & type of new housing); Policy AE3 (suitable provision for private gardens); and Policy AE3 (rear garden & backland development) would have helped to provide defendable reasons for members to refuse the application. Unfortunately, the policies cannot be taken into account until the whole Plan has been approved by the community at a referendum, which is expected to take place next Spring."

The plans can be viewed on the Cheshire East Council website by searching for planning reference 19/0618M.