Plans for fusion cafe to open in village centre 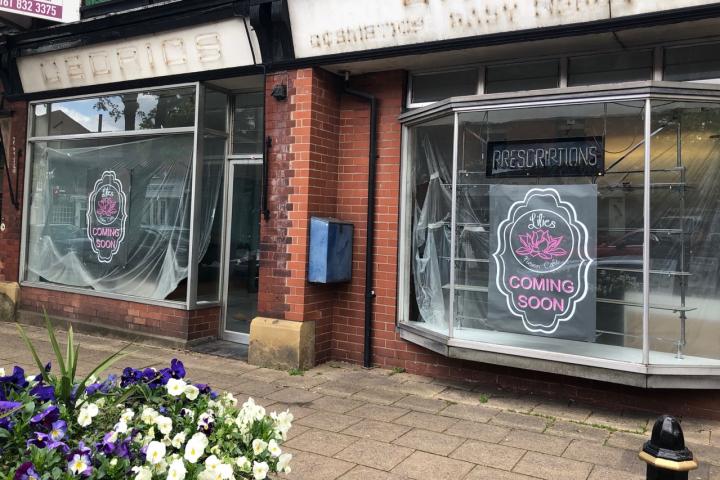 Signs have gone up announcing that a fusion cafe will be opening in the village centre shortly.

Lilies is preparing to open in the former Cedrics premises which has been empty since the chemists relocated to the new medical centre at the Festival Hall over two years ago. The unit is being advertised as being available to lease on a temporary basis.

Plans to extend the retail premises on London Road and convert the above offices into apartments were refused by the Northern Planning Committee today in March.

Prior to this a planning application to enable 67 London Road to be changed into a restaurant was withdrawn in September 2017.

At the time there was no specific restaurant use envisaged for the property but the change of use was applied for to enable the premises to be marketed as a potential restaurant.

Yvonne Bentley
Has change of use been approved? Anything is better than the current ugly empty shop

Tony Haluradivth
Well anything is better than the current eyesore and a Cafe sounds better than yet another bar (a new shop would be great but it must be an uphill battle for retailers these days.) Does this make me a whinge bag?

Helen Gaughan
Tony I’m sure you’re most certainly not a whinge bag !!! More retail in the village would be great , yet I can’t envisage that any time soon . Retail is a tough environment presently , as has been widely reported of late . The current site in the state that it’s in is indeed an eyesore and lets London Road down . I sincerely hope that the premises which Travel by Design occupied aren’t left empty for too long . I for one would be extremely happy to see this vacant unit brought back to life , and would like to wish Ed all the very best of luck !!!

Claire MacLeod
Lovely flowers in the foreground of the picture. Good luck to the cafe. More than enough local healthy competition for them on London Road.