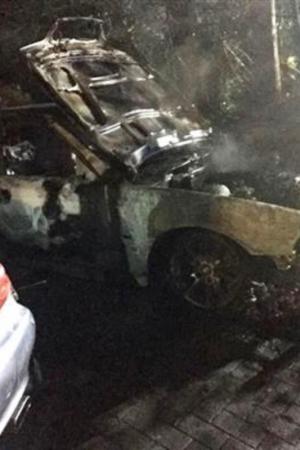 Shortly after 2am on Tuesday, 29th January, PC Mike Jones from Cheshire Police was on patrol on Chelford Road in Nether Alderley when he sighted a car which was well alight outside a residential property.

Due to the close proximity of the vehicle to the property and concerns for the occupants, PC Jones forced entry into the address and evacuated the residents to safety.

Firefighters from Macclesfield and Wilmslow attended the address and one firefighter, wearing breathing apparatus, used one hose reel jet to extinguish the fire.

The team were in attendance at the scene for approximately one-hour and 30 minutes.

The cause of the fire is believed to be accidental.

Chris Jones
Please give us a break from this Council tax time drivel.