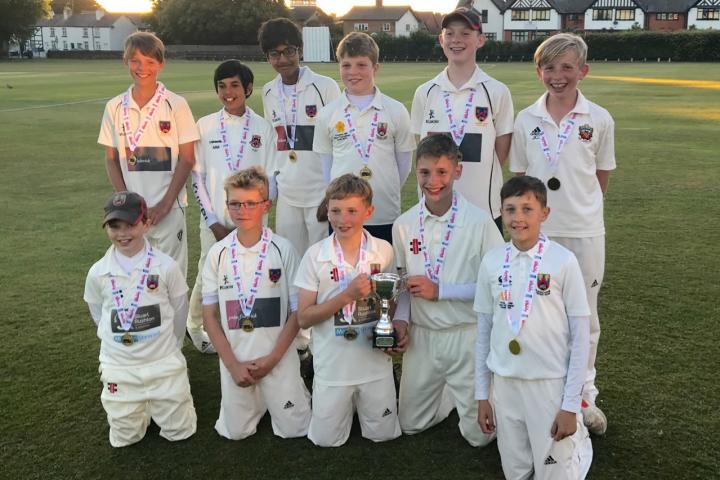 Playing away at Neston, Alderley won the toss and elected to bat setting a highly respectable target of 136 runs from their 20 overs. All batsmen made a significant contribution to the team total with notable performances from Tejas Mohan (retired at 30 runs) and Joe Chapple hit a stunning 20 from 4 overs including two successive sixes.

The bowling was equally impressive with Matthew Murthy getting the Neston & U13 Cheshire Captain caught behind off the very first ball. The early loss was a big blow for Neston after which they were always behind the required run rate. Alderley Edge kept the pressure on in the field throughout the innings and three run outs ensured them of victory and the title of U13 Cheshire Champions.

Alderley Edge now go on to play the champions of the Lancashire league in the regional finals, the winners of which will progress to the national finals.