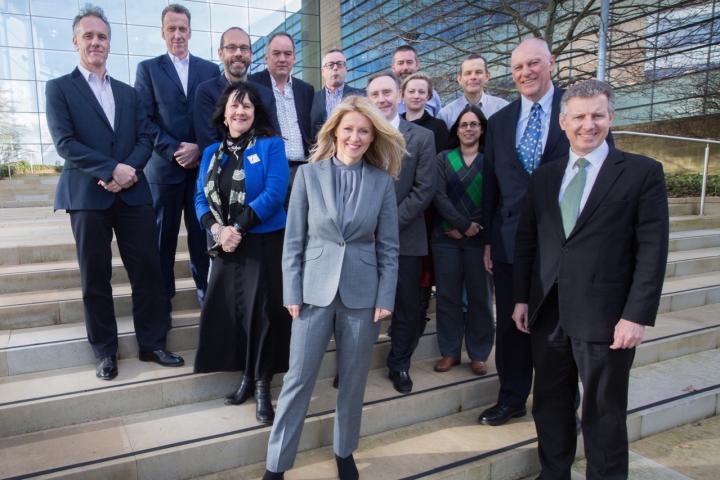 The UK's largest bioscience campus is hoping to be considered for part of the £8 billion investment due to come to the UK from China. To that end, Tatton MP Esther McVey is meeting with Greg Clark, Secretary of State for Business, Energy and Industrial Strategy on March 5th to put in a bid and to try and ensure that Tatton is considered and on the Government's radar as a key resource for the country's Industrial Strategy.

During her most recent visit to Alderley Park on February 9th, Ms McVey discussed the skill base on the site and met with some of the leading figures from the science and technology companies located there.

Esther McVey said "One unique feature of Alderley Park is its global expertise of taking a product from concept to market, having on site scientists with this unique commercial ability. The site too is one of only a handful in the country with a catapult centre providing support for companies to rapidly grow, scale up and share laboratory equipment that would otherwise be prohibitively expensive."

Duncan Herald
Fingers crossed that she helps to pull it off.

Barry Buxton
Whoever wrote Esther McVey's quote doesn't have a clue!
First, I question whether AP still does have "global expertise in taking a product" - of any size - "from concept to market" since AZ pulled out.
Second, even if they did it's not a "unique feature".
Third, scientists are notorious for NOT having "commercial ability", "unique" or otherwise.
Fourth, is a "catapult centre" the newly found jargon for an "incubator"?

Angela McPake
There are a handful of catapult businesses in the U.K. They exist to bring together scientists working in specialist fields within small businesses to work together with other scientists in complimentary businesses to bring products to market. Part of that is getting them access to experts in making their work have a commercial purpose.

Alderley Park’s USP is allowing on site businesses access to equipment and experience that allows them to out perform their size.