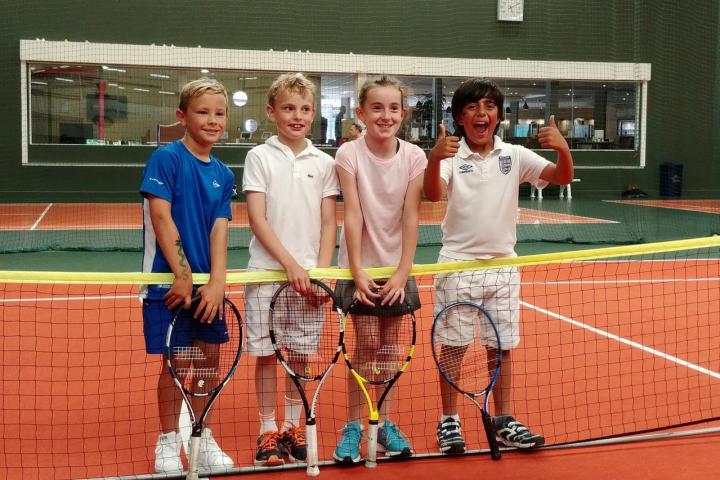 The Alderley Edge Tennis Club junior tennis teams are celebrating having had a very successful year in the Aegon Tennis leagues.

Both the Mini Red Under 8 'A' Team and the Mini Green Under 10 Team won all their matches to top their leagues whilst the Under 18 Boys also came top in a much closer fought league having won far more sets than the others.

All three teams now progress to the county finals whilst the Mini Orange Under 9 A team narrowly missed out, by coming second in their league.

Ruth Samuels, Junior Chairman stated "After a fantastic year for the club, with Stuart Murray the Head Coach winning the LTA Northern Region Coach of the Year, it is great to see the fruition of the coaching team's labour with the juniors having such a successful season.

"We wish all the teams every success in their finals. Together with obtaining planning permission for conversion of our grass courts as well as funding from the LTA for the project, we have had a fabulous few weeks and we look forward to the future of the club as it develops further."

The county finals are as follows:

Mini reds vs Cuddington & Sandiway on 15th July.
Mini Greens vs Widnes on 9th July.
Under 18s vs Hoylake at Hale Tennis Cub on 23rd July.

Photo: The victorious Mini Red 'A' Team – Kit Campbell, Eva Jenkins, Ted Black and Seb Stewart. All four of these players finished in the top 6 performers out of 43 players in the league – and each of them played in every match!