Hockey: All go for Alderley Edge this weekend 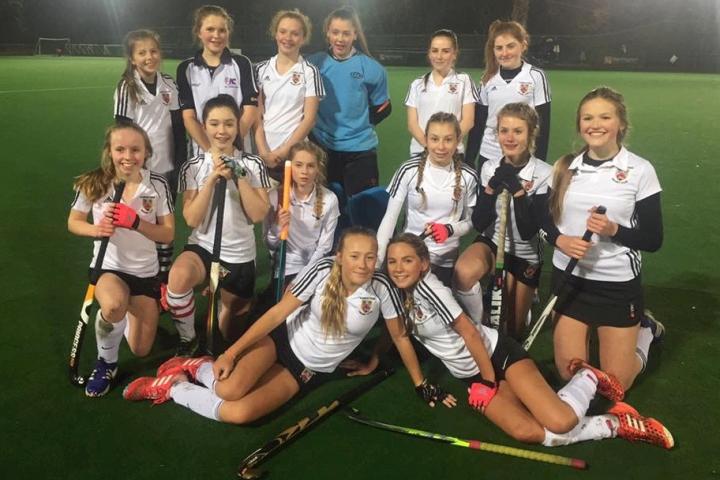 A combination of league and cup matches and junior tournaments saw Alderley Edge Hockey Club field an amazing 25 teams - a logistical feat for many players and parents, not to mention the somewhat frazzled team of volunteer managers and umpires!

The Mens 1st XI now sit third in the North Premier league following their 5-1 win over Ben Rhydding on Saturday and a 2-1 win in a re-arranged fixture against Brooklands MU on Sunday. This made it three wins on the bounce for the team who also beat City of York 3-0 the previous weekend.

The Men's 2's will be looking for a win next weekend having drawn both their last two North league division 1 matches against Lancaster & Morecombe and Newcastle University 1s 2-2. Meanwhile the Mens 3s are battling it out in North West league division 3 – they are currently one of four teams at the top of the table on 19 points! The team lost 3-4 to Timperley 2s on Saturday so will be hungry for a win against Chester 3's next week.

In North West division 4, Edge's Mens 4s enjoyed a 1-0 win over Bowdon 4s but the match of the day was the 5s who secured their first point of the season with a fabulous 2-2 draw against Sale 1s.

The 6s game against Winnington Park 4s ended 5-0 to Edge despite a somewhat ropey first half while the 7s went down 3-5 to Bowdon 8s. Despite playing some of their best hockey of the season and Patrick Whitmore's valiant efforts as a kicking back, Edge's lack of a goalkeeper hindered their ability to effectively defend short corners.

The Ladies 1s had a busy and fruitful weekend, winning their North league division 1 match against a physical Lymm 1st XI 3-1. They then continued the defence of the Investec Ladies Trophy at Kings Macc on Sunday with a convincing 6-0 win over visitors Prescot. Goals came from Ellie Ward (2), Izzy Reynolds-Duffy, Sarah Hopkin, Julia Tennant and Amanda Bennison.

The Ladies 2s maintained their unbeaten run in Cheshire league division 1 and currently head the table one point clear of Triton 1s – their opposition next week. They beat Bowdon 4s 5-1 despite making heavy weather of the first half.

The 3s were unlucky to go down 2-3 to Macclesfield 1s in the same league – Macc scoring the winner in the final play of the game. The 4s beat Lymm 3s 3-2 in division 3, while the roles were reversed in division 4 where Lymm 4s beat Alderley's Ladies 5s 3-2. The 6s beat Oxton 3s in division 5 while the 7s suffered a heavy defeat at the hands of division 6 league leaders Whitchurch 2s.

There was plenty of action from the Club's junior teams over the weekend too with some fantastic performances illustrating the depth of talent being developed courtesy of its comprehensive coaching programme.

Several age-group teams were in action in the latest tier 1 matches of their respective EHB Championships. Four second half goals saw the U18 girls through to the last eight of their cup, while the U18 boys lost 2-6 at City of Peterborough.

The U16 girls didn't have a game as their scheduled opposition withdrew from the competition, but the U16 boys won 5-0 in a scrappy game against North Staffs. A win against Wilmslow in their final tier 1 game in February will see the boys safely through to tier 2.

The U14 girls secured their place in tier 2 by beating Bowdon 4-0 with goals from Bo Rydings, Tally Smith, Ella Jones and Flossie Blackwell. They next take on Huddersfield in February. The U14 boys continued the theme with a 5-0 win over Leek while the U14 development squad beat Timperley 7-3.

Further down the age range, Edge also fielded two Beavers (U13) teams over the weekend – the A's beat Winnington Park 3-0 while the B's lost a hard fought game against Preston 2-1. The U11s were also in tournament action in the Greater Manchester Junior Hockey League at Timperley on Sunday. The A team won five and lost two of their seven matches while the B team experienced wins, draws and losses – a fun, frantic and somewhat chilly weekend all round!