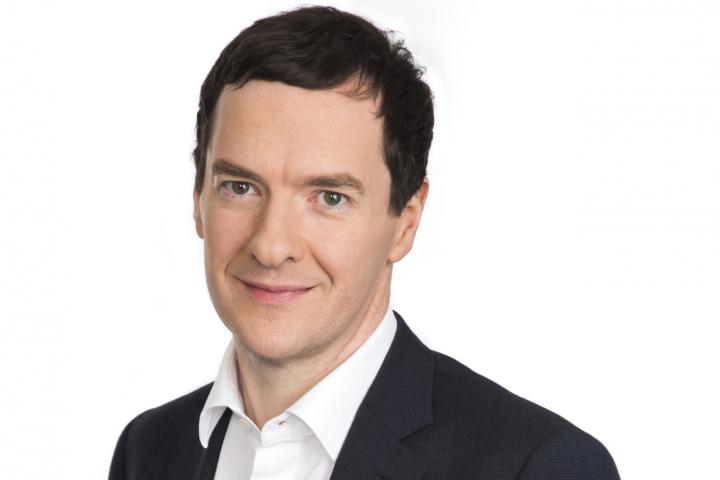 I wanted to write to you personally to ask for your support for an important local cause I'm campaigning for. As you may know, the Boundary Commission for England has put forward initial proposals to abolish the current Tatton parliamentary constituency, and for the communities represented within it to be divided between neighbouring constituencies. These changes are intended to apply at the next general election, due in 2020.

These initial proposals are now open for public consultation and, based on previous experience, the consultation and the representations the Boundary Commission receives can lead to substantial changes to the new constituency boundaries before they are final. In that light, I have suggested an important change that I believe will very much benefit our local community here in Cheshire.

By way of background, I fully support the Boundary Commission's overall goal of making sure constituencies all have a similar number of people living in them, and that we reduce the number of MPs from 650 to 600. Everyone's vote in our democracy should count equally and, at present, Britain's parliament has far more members than the US Congress or any European, Canadian or Australian equivalent. That only adds to the cost of politics for the taxpayer.

So, while I am very sad that the constituency I love will disappear, I accept that change is inevitable and necessary. What I am proposing is that this change is done in a way that goes with the grain of local ties, not against them.

I have suggested two major changes: one to Knutsford and its surrounding villages and the other to Wilmslow.

Under the initial Boundary Commission proposal, Knutsford (along with Mobberley and High Legh council wards) is moved into the Altrincham constituency. This to me makes little sense. Altrincham is an urban community; part of Greater Manchester; will be governed by the Manchester Mayor from next spring; its transport links face into the city; and it has two tier grammar/secondary modern schooling. Knutsford, by contrast, is a historic county town of Cheshire. It looks to the rest of the county for its policing, fire service and hospitals. Its high school is now a successful Academy, and local primary schools are geared up to send pupils there. Knutsford is surrounded by countryside and villages which - in the case of the Chelford council ward - will now find themselves in separate constituencies. This means villages like Chelford, Peover, Plumley, Ollerton, Marthall, Snelson and Nether Alderley will be separated from the town.

In other words, Knutsford will find itself cut off from its traditional county and rural roots - and will become a relatively small part of a much larger urban constituency.

It doesn't have to be like this. There is a much better alternative, which I have proposed in person to the Boundary Commission at their recent public hearings in Chester. That involves combining Knutsford with Macclesfield in a single constituency - that would also include Mobberley, High Legh and Chelford. You would then have two Cheshire county towns, and the surrounding villages and countryside, in one Cheshire constituency, with common schools, healthcare, police and fire authorities. The constituency would be the right size in terms of population. Local ties would be strengthened not undermined.

Under the Boundary Commission's initial proposals, the town of Wilmslow is divided into two separate parliamentary constituencies. Handforth and Wilmslow Dean Row are part of a new Bramhall and Poynton constituency. The rest of the town is put in a new constituency with Macclesfield. This division of the town makes little sense to me. There would be two MPs, neither of whom would fully feel themselves the MP for Wilmslow and that could diminish the voice of the town as we fight for the interests of the local community. Nor are the links with Bramhall strong.

In an ideal world we would try to keep Wilmslow united in a single parliamentary seat inside Cheshire. Sadly that is not realistic. The overall objectives of the Boundary Commission mean we won't be able to keep Wilmslow united as a town and at the same time part of a wholly Cheshire constituency. The population calculations makes that impossible. So, in my view, the most sensible alternative would be to keep Wilmslow intact as a town represented by a single MP - and to move Wilmslow as a whole into a constituency alongside Cheadle. The two communities are a similar size, next to each other, linked by the A34. This replicates something similar to the traditional constituency that existed before Tatton was created in 1983. It would have the right population size. Local ties would be strengthened not undermined.

If you agree with my assessment of the current plans for the Tatton constituency, and my ideas to improve on them, it would be great if you could make representations yourself. The Boundary Commission really values the view of local communities, local people, and their representative organisations. They like those views to be individually expressed, rather than through round robin letters or petitions. Crucially, those views can change the final outcome. Last time round 60% of constituencies were changed as a result of these kinds of representations.

It has been a huge honour to represent you and the Tatton constituency in Parliament. I'm very sad to see the seat disappear, but I want to make sure that we get its replacement right and give local people the strongest voice in Parliament. I would really appreciate your help and active support.

Editor's Note: Click here to view my previous article regarding the initial proposals published by the Boundary Commission for England (BCE) in September. These would see the Macclesfield constituency extend to the north‐west to include most of Wilmslow, Alderley Edge and the Chelford ward from the existing Tatton constituency. Wilmslow Dean Row and Handforth would be included the Bramhall and Poynton constituency whilst Knutsford, Mobberley and High Legh are in the proposed Altrincham and Tatton Park constituency.

Bob Bracegirdle
Hmmm. I would like to know what proportion of the populations of Knutsford, Wilmslow and Macclesfield actually head off to Manchester conurbation to work and play. Playing politics here I think.

Neil Stelling
Goodbye George. How dare you threaten the electorate, and spread lies and misinformation during the referendum ! Don't care how the boundary commission splits the constituency, so long as you are GONE...

Alan R Davies
Yes, his Treasury department forecast that sterling would drop by 12% and it's only down 10% since the referendum. Happy days!

Fenton Simpson
It doesn't matter what the boundary is if you MP wont meet you at his surgery and he doesn't live in the constituency whish he was elected to represent.

Chris Jones
The forecasting of a slide in sterling isn't actually to difficult, it's been slipping for years. That's why this berks scare tactics were so comical.