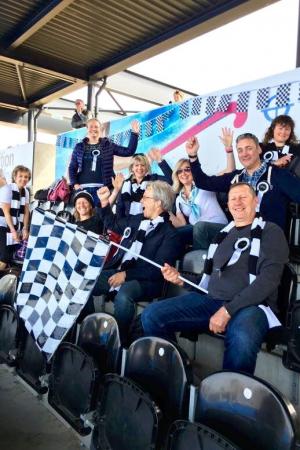 Alderley Edge Hockey Club's (AEHC) u12 boys and u14 girls were in national finals action over the weekend where they took on some the best teams in the country.

On Saturday the boys travelled to Beeston in Nottinghamshire and did themselves and the club proud by finishing 8th in what was the biggest and toughest competition they had ever faced.

The girls, accompanied by a very enthusiastic and loyal group of parents and supporters, travelled down to the Queen Elizabeth Olympic Park on Sunday for the National u14 Club Championship.

Edge started well but were unlucky to lose their first pool game to Reading 0-1, after a lapse in concentration allowed the Berkshire side to score a late goal. They then bounced back and played to their potential to beat Isca 2-0 before going down 3-0 to eventual finalists Cambridge City.

Unfortunately a catalogue of missed opportunities then saw the girls lose 0-1 to Stourport in their play-off match to finish eventual 6th. Nonetheless, this was a fantastic achievement for both the girls and the club playing at the highest level in the country.