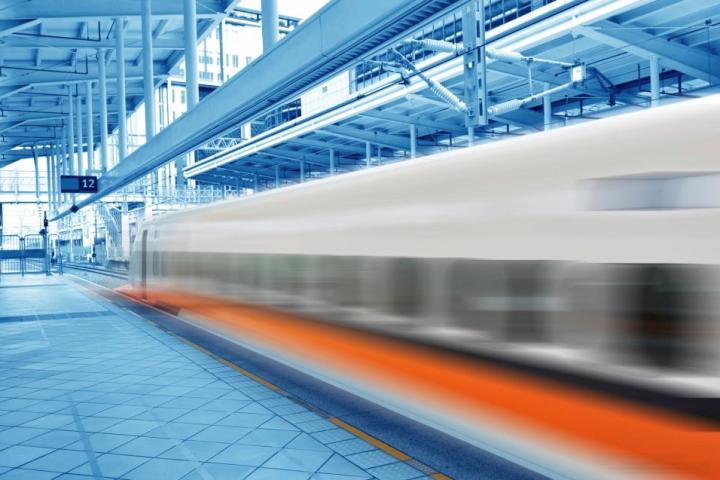 I have been following the Government's proposals for the high speed rail link, HS2, from London to Manchester and can appreciate the benefits that HS2 will bring to Crewe or any other location, such as Manchester Airport, that will have an HS2 station on the line.

Unfortunately neither Macclesfield nor Wilmslow are shown to be connected to the HS2 network and it is my understanding that all express services between London and Manchester with be transferred on to the HS2 line when completed to free up capacity on the existing West Coast Main Line for extra slow moving freight and additional commuter services.

Nearly everyone I speak to seems to believe that Macclesfield and Wilmslow will have an improved service to London post HS2, something that I find hard to accept based on my experience and knowledge gained over 50 years of developing, designing and implementing a wide variety of railway projects primarily within the United Kingdom.

The documents produced by the HS2 group state that all express services will transfer onto HS2 as it is incompatible to operate a reliable high speed service within a mixed traffic railway such as the existing West Coast Main Line, with which I concur.

Therefore in future, when HS2 is operational, my view is that Macclesfield and Wilmslow will lose their excellent hourly service to London that currently takes less than two hours as it will not be possible to operate a reliable express service over the West Coast Main Line due to the extra freight and commuter traffic.

In my opinion anyone wanting to use an express service to London will have to travel by road to either the new Manchester Airport station, proposed location adjacent to junction 6 on the M56, or the new station in Crewe, which will be to the south of the existing station.

This may not be too bad for those living to the West of Wilmslow but anyone living in the Macclesfield area or on the East side of Wilmslow will either have to travel through Wilmslow, adding to the traffic congestion in Wilmslow, or travel to Crewe, which can take one hour on a good day and result in no saving in overall journey time, in fact it might take longer!

Increasing the number of people having to drive on our overcrowded roads is undesirable and is against Cheshire East Local Plan's aspiration to reduce the number of car journeys.

If we lose our excellent hourly train services to London from Macclesfield and Wilmslow then I believe that this will have a detrimental effect on the economy of the area.

Vince Chadwick
I think Bill Pilkington is correct in that the existing sub-2 hour service via the West Coast Main Line from Wilmslow and Macclesfield will not be possible post HS2 as more freight and 'stopping' trains will use that classic infrastructure. HS2 is primarily about capacity and one of the main drivers for building it is to allow precisely that use of the classic railway to happen, while high speed passenger traffic moves onto the new railway.

However, I think he answers his own question in his final paragraph:

Glenn Hudson
Bill is quite correct in everything he says. Seems very little point in knocking 20 minutes off an already excellent service, just to add it back on again at the front end of the journey. Clearly a plan thought up by the same numbskulls who thought it would be a good idea to stop putting spare tyres in cars.

John Clegg
Of course, you're thinking that the railway is designed for the common good when it's really a big vanity project to massage the egos of the elite. Or am I wrong?
The railways - timetables and all - are designed by consultants and "civil servants" based in London who have limited operational experience of running railways, apart from the fact they've been doing it misguidedly and therefore not fit fr purpose for a few years.

Christopher Horne
Worry not Bill - you and I will be long gone before HS2 arrives......

Bob Bracegirdle
HS2 is an appalling waste of money. It will not benefit us in the north at all. Far better to reopen some of the main line railways (not branches to villages) to increase connectivity. Let's start with Manchester - Bakewell - Derby - Leicester. Then go on to Woodhead to Sheffield.

Vince Chadwick
Bob Bracegirdle, I'd love to see the Buxton to Derby line re-opened. It was shortsightedly closed by British Rail (nothing to to do with Beeching the whipping boy - like many strategic lines closed in that later 1960s, including Woodhead, its closure was not called for by the good Doctor whose recommendations mostly made good sense, but done entirely off their own bat by a cash-strapped BR).

But useful though restoring those lines would be, they would NOT address the major problem facing our railway with its fast-growing usage post privatisation. That problem is; north - south capacity - capacity on the East Coast Main Line and especially on the West Coast Main Line, which is pretty much full. That capacity constraint is exactly what HS2 will address. I detest the media-driven public ignorance surrounding HS2, most of which present it merely as a means to save businessmen a few minutes between London and Birmingham.

HS2 is, first, foremost, and almost entirely, about addressing crucial capacity issues on the railway. Capacity issues that are seriously constraining the growth of both passenger and freight traffic in UK.

HS2 is no 'waste of money'. It is no 'vanity project'. It is a vital capacity boost that we desperately need now, never mind in 20 years time,

John Clegg
Most of what you say looks feasible, Vince, but according to Private Eye and Bring Back BR, rail planning is "made up" in Whitehall by civil servants and consultants who have no great experience in the subject - including hardly any from before 1996's "privatisation" - and capacities could be improved by fine-tuning services so that trains could cater for more passengers, possibly with better capacity trains.
The feeling is that the Whitehall mandarins plan so that the franchises make a profit - despite receiving greater subsidy in real terms than BR - to make the current franchises look viable, and will encourage competition in future bidding.

Regarding Beeching and various revisions of history. while the cuts looked viable at the time, it's the future for which no planning was - er, planned. Closed lines should've since been revived.