Reader's Letter: 'Carry on regardless' with 'residents last' 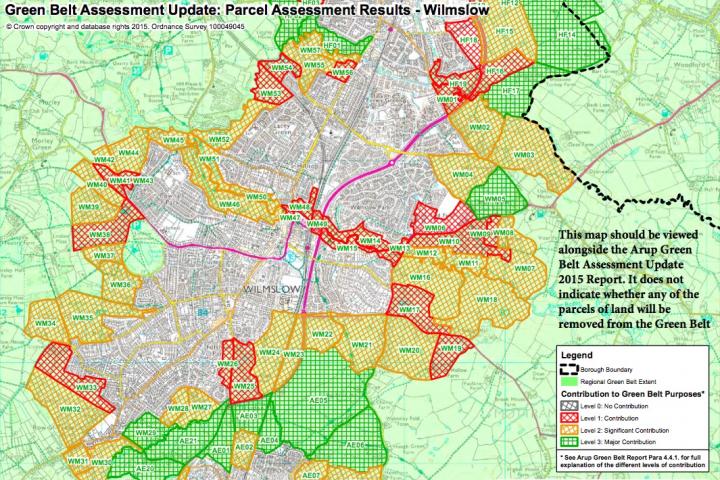 Having spent seven full working days at the reopened examination into the Local Plan for Cheshire East, you are left with the conclusion that the Planning Inspector is faced with an impossible task.

Everyday was characterised by the house builders and their QCs and planning consultants pressing for more and more housing development in the Green Belt around the north Cheshire towns, and the parish and town councils, and local community groups providing the arguments why this was both unnecessary and inappropriate.

The only times that the views of these two very different groups came together, were on the lack of public consultation the Council had undertaken on the new evidence, the flawed process they had relied on in selecting sites for development, and the lack of support for Handforth Growth Village. This proposal for over 2,000 houses opposite the Handforth Dean shopping centre was subject to a serious and damning attack by Stockport Council on highway grounds.

Local residents groups and parish councils expressed well researched evidence to identify the widespread number of brownfield sites within Macclesfield, as opposed to the Council and the housebuilders, who were in denial over the extent of these. The extent of these will be one of the key factors determining the amount of Green Belt which may have to be developed. How the Inspector will support these views will have to be seen.

The Inspector has an unenviable task, as he inferred in his closing remarks. He expressed an element of uncertainty as to how far he can go in expressing his views, as there has been no public consultation on the significant increase in housing numbers and jobs. The difficulty of his task is reflected in the extra month he intends to take in formulating his report to the Council. He is now aiming for mid December.

Normally one would expect Cheshire East to wait for the Inspector's views before pushing ahead with the Plan. However, this is not the case. Meetings are being held with parish and town councils to advise them of where additional sites in the Green Belt around Macclesfield could be released for development. This is pre-empting what the Inspector might say, and could be a costly waste of time and money.

Before the reopened examination started, the Council planned to undertake public consultation on new Green Belt sites, and changes to the original Plan, during December, in the run up and over Christmas. Fortunately the delay in the Inspector's report means that the Council has been forced to rethink this, and is now suggesting February/March.

It is understood that the consultation documents and the proposed sites will be being printed before the councillors will be able to vote on what they should contain! It is therefore misleading to imply that the Full Council will decide on the contents of what goes out to public consultation.

This "Carry on Regardless" approach by the Council is reflected in the Council's approach to the proposed HS2 Hub Station at Crewe by 2026. Adrian Fisher made the point at the reopened examination that the Local Plan made no provision for HS2. However, Michael Jones proudly states that this development will deliver over 120,000 new jobs, and over 100,000 new homes by 2040. One would have thought that this scale of development should form part of the Local Plan, as without it being part of the Development Plan, the whole of south Cheshire will continue to be at the mercy of house builders developing ad hoc sites. Very much what has happened around Alsager, Nantwich and Sandbach.

But no, to quote from this week's Cabinet's report "the current proposals will not affect the delivery of the current Local Plan Strategy".

It will be interesting to read what the Inspector makes of the "Carry on Regardless" and "Residents Last" approach to the preparation of the Local Plan?

Lesley Broome
I suspect it will be the same with the proposals at Alderley Park too... carry on regardless of the input the local residents have....