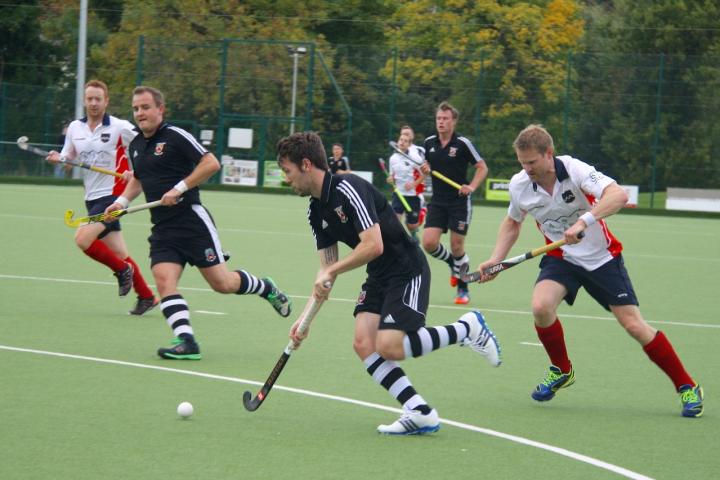 The Women's 1st team made it five straight wins and stay undefeated at the top of the league by defeating a rugged Prescott team 2-0. On a very slow Prescott pitch, Edge's fast tempo passing style was blunted but England Under 16 International Lily Wolstenholme scored with a reverse stick strike, following good work by Sarah Hopkin from a free hit at the top the dee. Amanda Bennison scored a great right post deflection following a penalty corner. Despite camping in Prescott's 25 for most of the second half Edge could not add to the tally.

The Men's 1st team impressed with a clinical 6-1 win away at Timperley to rise to second in the North Premier Division. Despite missing four regulars, Edge controlled the game with a smart game plan that saw the pace of Ben and Sam Gregory expose Timperley's high defensive line. Ben scored a brilliant hat trick and Sam bagged two. Adam Wildig was also on target for the second week running.

Alderley Ladies 2s had a comfortable 4-0 win at home to Neston. Playing a very simple passing game for long periods, their reward was ten or more attacking chances on goal. Jess Clitheroe and Katie Austin each scored two goals. The energy wasn't only on show in one direction, the team also defended well in numbers when required. As a result the Alderley Ladies controlled the game for most of each 35 minute period. A very pleasing performance and with a number of players showing potential to become future regular 1st team contenders.

The Mens 2nd team overcame an early goal against against a spirited Winnington Park side but with Joe Coxon equalising and Nick Sims scoring a drag flick penalty corner, went in to half time 2-1 up. Edge then dominated for 15 minutes creating numerous chances but the Winnington goal keeper made many fine saves. Edge were then caught on the breakaway by a speedy forward to make it 2-2 and a draw looked the likely result. With minutes to go Oli Parker scored a great winning goal that epitomised the determined effort and spirit of the team.

The young Women's 3rd team continued their encouraging development with a 3-2 win against Knutsford 1st team. The Men's 4th enjoyed a 4-0 away win at Winnington Park 2 nds to go top of their league.

Quite a Saturday to have all the clubs top sides winning especially with so many players unavailable this week. The club are looking for more goalkeepers to the join the club if anyone fancies getting padded up and being a shot stopper!