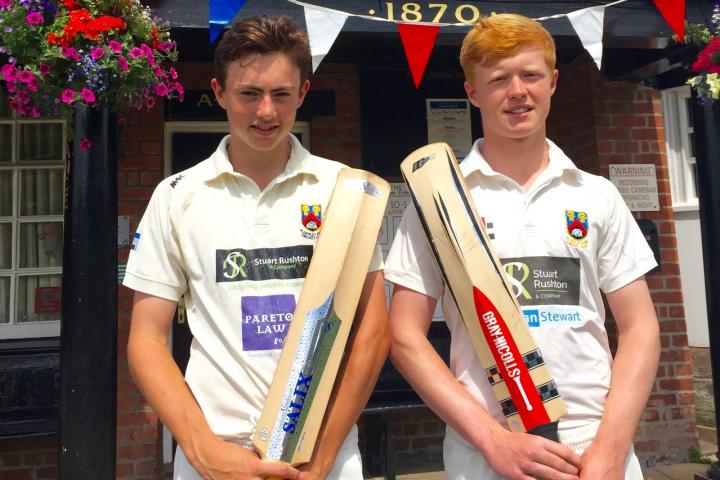 Alderley Edge Under 15 players Edward Fluck and Sam Perry have been selected to represent the North of England at the prestigious Bunbury Festival later this month, with Fluck having the additional honour of being appointed captain.

The boys are both breaking through into Alderley's 1st XI and are highly promising prospects.

Rick Davis said "Their success is a great source of pride to the club and especially the junior section."