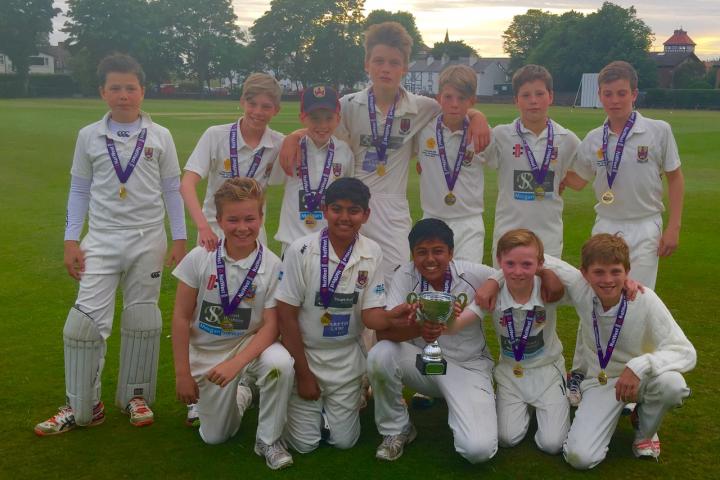 Alderley Edge U13's became Cheshire Cup winners on Monday evening after a emphatic win over Neston at their ground on the Wirral.

Batting first they scored a very impressive 156-2 off their allotted 20 overs with consistent batting from the top 5 who all scored 20plus.

Early wickets in the Neston innings put the hosts under pressure and fantastic fielding from the Alderley team resulted in bowling the opponents out for just 67 to give the Alderley side a comfortable victory. Over 50 teams throughout Cheshire entered the competition so great credit to the Alderley boys in winning the trophy.

They now join the other county winners in the National stages with a quarter final tie against the winners of the Yorkshire/Durham tie scheduled for July 27th.

This is the second year in a row that Alderley Edge U13's have won the county cup and the club are hoping for a double when the U15 team play their county final this Thursday evening.