Over 100 children get a taste of hockey at The Edge 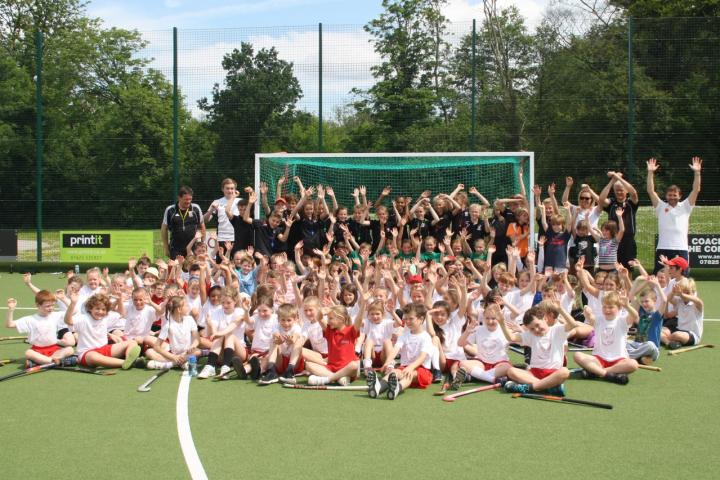 Year 7 students from Wilmslow High School supported a team of club coaches to teach skills and help the children play small sided games during the two hour session in the sunshine.

Club Community Coach Kelvin Briggs commented "Getting children into sport and healthy lifestyles at an early age is one way of tackling some concerning statistics in East Cheshire. Over 186,000 adults in Cheshire and Warrington lead sedentary lifestyles. The direct cost of inactivity in the local sub region exceeds £17million per year, inactivity alone contributes to over 2,000 premature deaths annually in the region. These are statistics that we have the power to influence."

The club runs a coaching programe in a number of local primary schools and plans to expand the activity from September onwards. Any primary school children are welcome to attend sessions at 10am on Sunday mornings at The Edge Hockey Centre on Wilmslow Road. Parents have also recently started joining in the fun and exercising with their children.

Kelvin Briggs added "Since we built our pitch on the Ryleys Playing Field we have experienced dramatic growth. Membership is up 40 % and we run 18 teams most Saturdays. This means that we have to rent pitches in Macclesfield and Wilmslow to meet demand. We are hopeful that new sporting facilities can be developed in the village to help us play more games on our doorstep and help the community overcome health challenges."