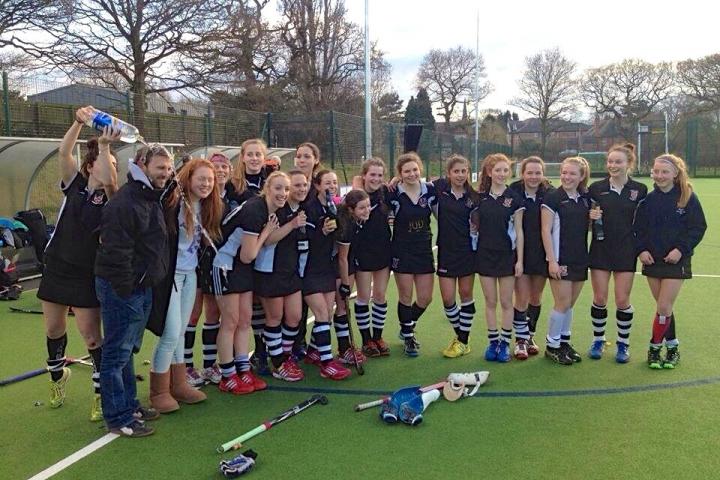 In front of a big crowd of supporters, Alderley dominated the game from the start, leaving no doubts that they were worthy of being league champions. The goals were scored by Judith Offer, Georgie Park, and two from Jenni Park. It was a thoroughly deserved win for Edge, who have performed fantastically all season to earn the league victory.

The Ladies 2s are closing in on a title of their own. They are now 6 points clear at the top of the table with only 3 games to go, so a good win in their next match will almost certainly bring another title to the Edge. This week they came out on top of a tense affair against Lymm, winning 1-0.

It was a less successful weekend for the Alderley ladies 3rd team, who lost 7-1 to Sale Ladies 2s. A very experienced Sale team put Edge under pressure from the start, and were ruthless in front of goal, going 3-0 up within the first 20 minutes. As Alderley tried to get themselves back into the game, they were caught out at the back, and the half time score was 5-0. Edge were much improved in the second half and, despite conceding 2 more, Ellie Hughes' neat finish gave Alderley some consolation.

The Alderley ladies 4s were unlucky to lose 2-0 to Deeside Ladies 2nd team. Deeside scored their first after 20 minutes inside a crowded D and scored their second with a neat slap just before half time. Despite having multiple chances and the lions share of the possession in the second half, Edge were unable to score any goals to get back into the game.