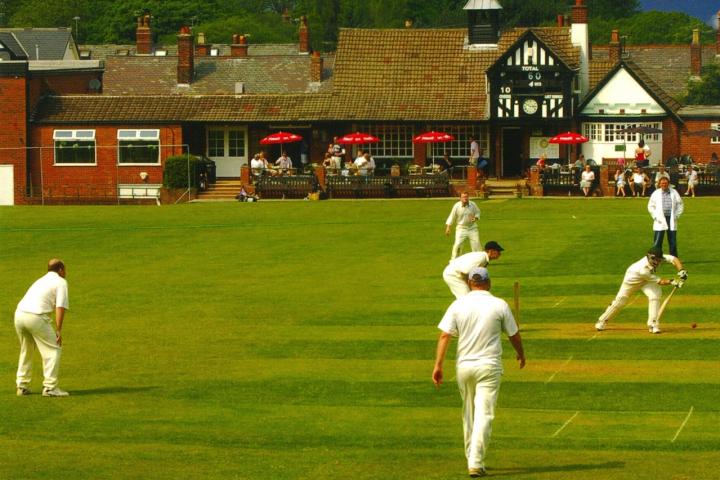 Saturday was a great day for Alderley Edge CC as both the 1st and 2nd teams achieved convincing victories. The 1st XI moved into the top half of the Cheshire County League Premiership for the first time this season with an emphatic victory over 3rd placed Marple at Moss Lane.

The visitors were bowled out for a meagre 145, which Alderley knocked off for the loss of 5 wickets with almost 20 overs to spare. An excellent partnership between Jon Steele (58) and Calum Rowe (39) assured that there would be no alarms in passing Marple's total, which was kept to a minimum thanks to a brilliant spell of left arm spin bowling from Mark Warnes. He took an amazing 9 wickets for 49 runs from 22.3 overs – research is being carried out to see if these are the best ever bowling figures for Alderley's 1st team!

The fielding was also at its best, with Warnes taking an outstanding catch off his own bowling and Andrew Jackson an even better one, defying gravity to snatch the ball out of mid-air as it looked sure to cross the boundary rope for six.

To complete an excellent day for the club, the 2nd team maintained their challenge near the top of the table, a century from Oliver Wildig being the highlight of their victory at Urmston.

Next weekend sees two crucial fixtures for the 1st team, with a visit to "bogey team" Toft on Saturday, and runaway league leaders Neston visiting Moss Lane on Sunday for a 4th round Cheshire Cup match, but in their current form, Alderley Edge need fear no-one!