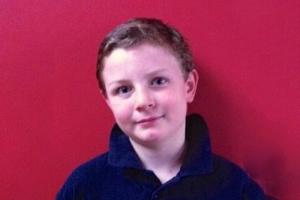 Ryleys Prep School pupil Ben Jones has been selected to represent the North of England Independent School Rugby Team at the prestigious national festival at Rugby School next month.

Ben received his call-up to the team just before Christmas, which is a fantastic achievement considering he has only been playing rugby for 2 years. A talented forward, Ben is captain of the school's Under 11 team.

Head of Sport at the school Paul Jakubowski, commented "The Ryleys are delighted at Ben's call up to the squad, making him the fifth pupil from the school to represent the North in the last three years. This year, the standard at selection was particularly tough, so Ben has done extraordinarily well to get in the team. We wish him every success at Rugby."

Ben, who also plays for the Under 11 team at Macclesfield RUFC, will travel to Scotland later this month for a warm-up match before the festival against the Midlands, South East and South West at Rugby School. If all goes well, he could find himself selected for the national team to tour France in April.