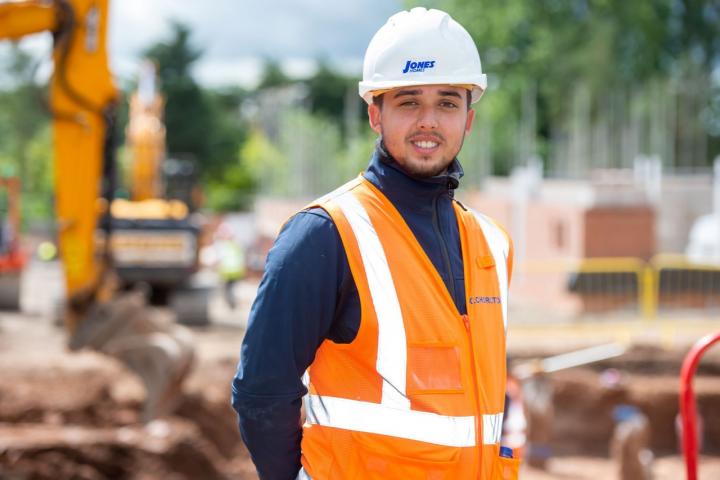 A former apprentice joiner is hoping to carve out a career as a site manager with Cheshire-based developer Jones Homes.

Charlie Chorlton has been appointed as a trainee assistant site manager at the housebuilder's Westlow Heath development in Congleton after graduating from the company's apprenticeship scheme.

The 22-year-old first joined Jones Homes North West in 2018 after being offered a place on an apprenticeship halfway though his course at college.

Charlie, from Newcastle-under-Lyme, said: "I was always interested in, and good at, woodwork at school and not so taken with the academic side of things. I liked to use my hands and to get stuck into a project and create something.

"I was at college in Newcastle-under-Lyme when I was offered the chance to be an apprentice joiner at Jones Homes. Some of my friends were at university but I wanted to earn as I learned and did not want to be saddled with a student debt in a few years' time, so an apprenticeship was the perfect choice for me."

Charlie qualified as a joiner after gaining his Level 2 NVQ in site carpentry in 2021. Then he was offered a trial as a trainee assistant site manager.

"I was working at a development one day when the site manager asked me if I fancied training to be an assistant site manager as he was very impressed with the way I dealt with customers," he said. "Luckily, I have always had good communication skills and I jumped at the chance.

"They put me on trial for six months and at the end of that period, offered me the position as trainee assistant site manager at Westlow Heath. I was delighted to be offered the chance to take my career in another direction.

"Jones Homes is a great company to work for because they have given me this wonderful chance to improve myself and my career. It is up to me now to repay that trust by showing them that they made a wise choice in investing in me. My ambition is to knuckle down and work my way up the ranks to one day becoming a site manager."

"He came through the apprenticeship programme with flying colours and his dedication, enthusiasm and maturity when dealing with customers identified him as a person with real potential. We will give him all the training, support and encouragement he needs to go on to forge a great career with us here at Jones Homes."

For more information about careers at Jones Homes, visit jones-homes.co.uk.