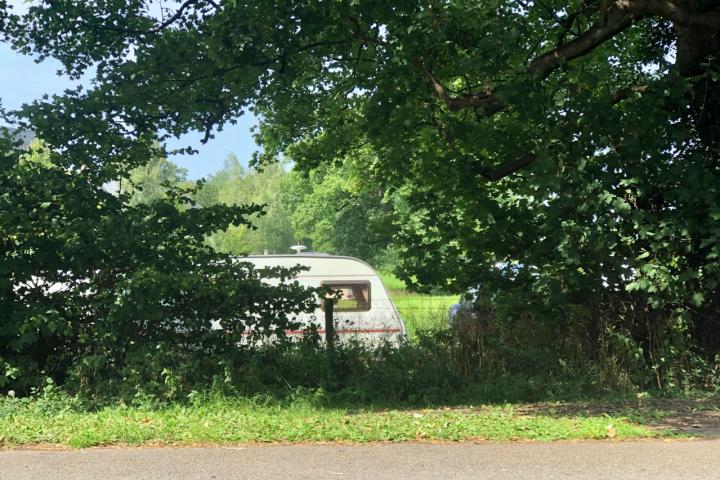 Some travellers arrived in the village over the weekend and have set up an encampment off Wilmslow Road.

A group of approximately seven caravans arrived around 5pm on Saturday, 8th August, are parked on the first field on the left as you head out of Alderley Edge towards Wilmslow, having entered via the gate opposite Horseshoe Lane.

Councillor Craig Browne told alderleyedge.com "I understand from a nearby resident that they are currently leaving the site.

Updated: 11/8/20 - Cheshire East Council has confirmed that this group of travellers have now left the site.