Police out in force in the village 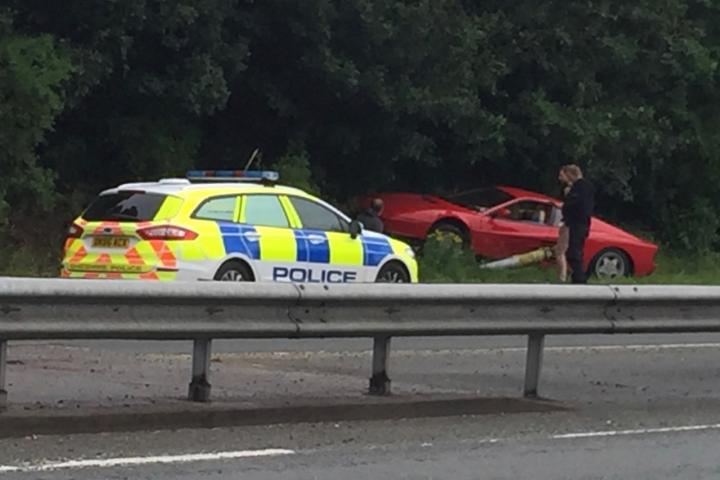 As many locals will have noticed there was a heavy police presence in the village yesterday as part of their commitment to reduce anti social behaviour by motorists in Alderley Edge.

Officers were in the village assisting the local team and patrolling the bypass. Additionally, PCSO Edwards carried out TRUCAM speed enforcement as a response to complaints from residents.

Sergeant Lynsey Jackson, Wilmslow and Alderley Edge Community Beat Team, said "They captured a number of motorists exceeding the speed limit and the data will be processed in due course.

"Assistance from the roads policing unit has provided a robust response to the vehicle antisocial behavior that is being reported within the village and along the bypass. Any offences have been dealt with proportionately."

She added "A Ferrari unfortunately crashed on the roundabout of the A34 and the driver was spoken to regarding the manner of driving, thankfully the driver was unhurt."

The speed enforcement was carried out on Wilmslow Road where it is a 30mph limit, 29 vehicles were caught speeding and the maximum speed recorded was 56mph.

Roy West
At last!
We are fed up with the antisocial behaviour of those imbeciles who have been disturbing our weekends for ages. I trust that all those caught exceeding the speed limit will have points added to their licences and not just get away with a "warning". Please keep up the Police presence during the summer weekends until those inconsiderate drivers appreciate that we will not stand for their blatant disregard for our peace.

Jeremy Levy
We have been complaining to the police for weeks about the speeding and the antisocial noise created from the car exhausts on the A538, from Prestbury Road leading to the A34.
Recently this stretch of road leading to Wilmslow High school seems to being used as a racetrack.

Chris Jones
To Crime Commissioner David Keane I may,as we all may be considered mug punters when it comes down to the Policing fee in our council tax.
Surely after such extortionate massively above inflation increases over the last few years anybody would think we are more than entitled to a 24hr police presence, never mind having to doff our cap whenever they decide to turn up.
At the end of the day it’s there job.