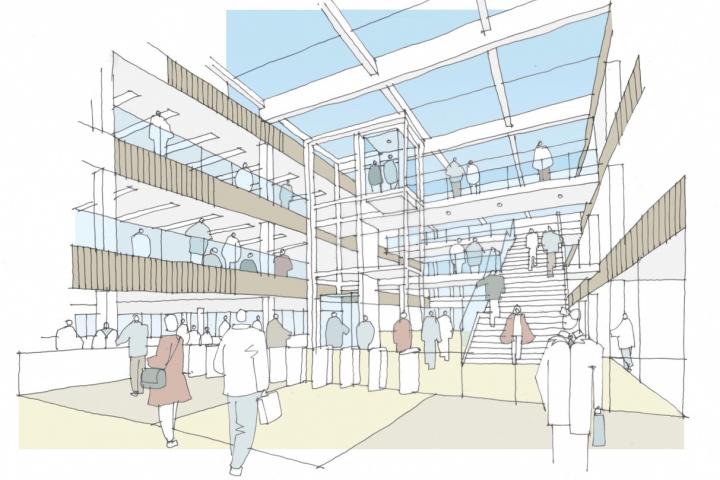 Royal London says it remains committed to delivering its vision for a 'living campus', following its move from Wilmslow to Alderley Park in 2020.

The new planning application seeks a renewal of the current consent but with smaller buildings capable of offering more flexible accommodation, designed to appeal to companies of varying sizes. Vehicle access to and from the new buildings will continue to be via the existing entrance and exit junctions on Alderley Road.

The application has been submitted to Cheshire East Council today (Monday, 15th July), but no construction work is expected to commence until after Royal London has moved to Alderley Park.

In November 2017, Royal London submitted two planning applications for homes at its site on Alderley Road.

Both applications were approved by the Strategic Planning Board in March 2018 subject to the completion of a Section 106 Agreement.

The new Royal London planning application has not been added to the Cheshire East Planning portal yet, we will publish the planning reference once it has been made available.