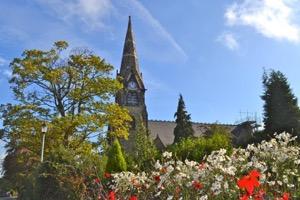 This will be followed by a Bach Prelude and Fugue and a Chopin Scherzo performed by Oliver Scott, age 16.

The third performer is Julie Zhang, age 11 years, who will play items by Bach, Chopin and Wendell Keeney.

The concert will be concluded by 15-year-old James Chen performing pieces by Debussy and Chopin.

Jean Walker said "It promises to be an eclectic mix of music and is always of the highest calibre."

Admission is by programme £5.00, payable at the door.

Light lunches will be served from 12 noon and the concert will commence at 1pm.

The Charity is local charity Wilmslow Wells for Africa, a direct action charity which aims to improve life in drought-stricken areas of Africa by providing wells, pumps, dams and water collection equipment.