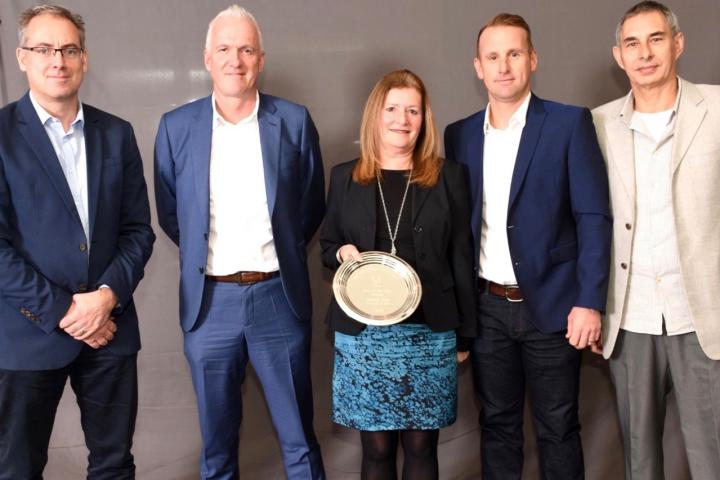 Ruth Samuels, Honorary Secretary, said "The award was presented by Paul Bennett LTA Head of Northern Region and recognised the excellent coaching programme run by the coaching team as well as the fact that the club is installing 5 new artificial clay courts and an additional 5 sets of floodlights, setting up the club for the future."

Construction is now well under way and the courts are due to be completed by spring.

Additionally, Jan Slack picked up the 'Tennis for Life' award - in recognition of 35 years of fund raising for Cheshire LTA; David Patterson won the LTA National Team Organiser of the Year - for organising the Cheshire LTA Team Tennis leagues with the highest percentage of completed matches; Stuart Murray - was a finalist in the 'Team of the Year' as team coach / captain of the Under 14 Cheshire Boys team who reached the National finals and Ruth Samuels was a finalist in 'Volunteer of the Year'.