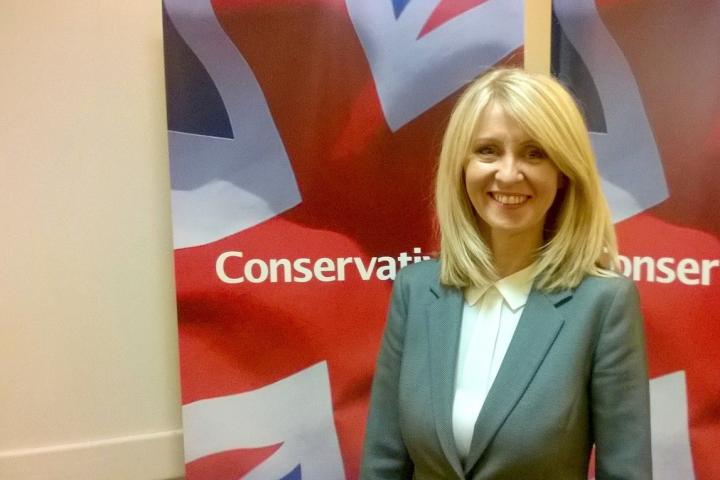 Esther McVey, the former Employment Minister, has been elected as the new MP for Tatton with 58.6% of the vote and an overall majority of 14,787. The turnout was 72.4% in what is historically a Tory stronghold.

Speaking ahead of her win the former MP for Wirral West, who lost her seat in the 2015 General Election, said she would be honoured to represent Tatton and vowed to work hard in Westminster to be a strong local voice on the issues that matter to local people.

Esther said "My priorities are be to ensure young people in Tatton get the best start in life. I will also be a champion for local businesses across the constituency and fight to ensure the protection of our beautiful countryside."

Esther McVey replaces George Osborne who announced in April that he was quitting as MP for Tatton after being appointed editor of the Evening Standard. He was elected in June 2001, replacing Martin Bell to become the youngest Conservative MP in the House of Commons.

Esther told wilmslow.co.uk "It's a great honour to be elected as the Member of Parliament for Tatton and I'm grateful that people have put their trust in me to represent them in Parliament. I will be a hard working constituency MP playing an active role in the local community."

David Hadfield
Well Done Esther McVey, with even more Tory votes than in the last two previous Elections.
George Osborne must be spitting feathers with his decision to leave politics as he would now be in an enviable position to be elected as Prime Minister once Theresa May is dumped due to her lacklustre and pathetic performance during last week's General Election

Duncan Herald
Many congrats to Esther.
She 'worked her socks off' for the election.
Since the election, Esther has been seen round and about in the constituancy; just what we want from our M.P.