Don your blooming best for the May Fair celebrations 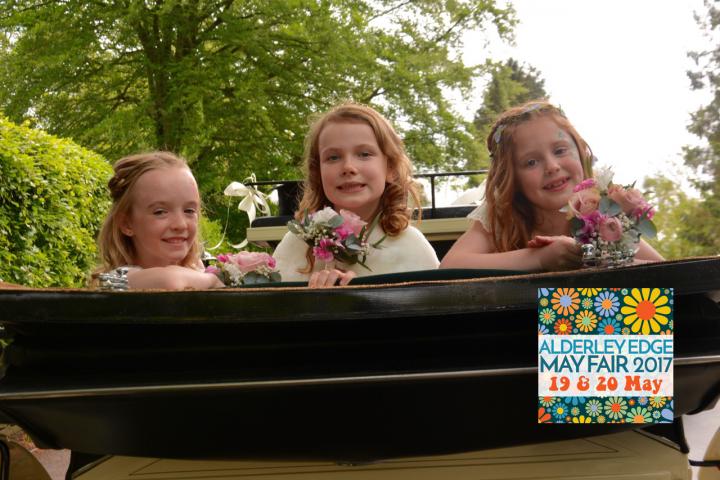 With the Alderley Edge May Fair less than two weeks away organisers are urging local residents to get involved in this ever popular community event and also show their support for the Alderley Edge in Bloom initiative.

Last year a small team of volunteers did wonders in winning recognition from the RHS judges in their first year of entry, and the May Fair organisers want to give them their full support for the 2017 North West In Bloom competition.

Paul Marshall, Chairman of the Alderley Edge May Fair Committee, said "We've all noticed the energetic members of our community picking litter, planting bulbs, tidying the railway station and creating new planters on London Road. The village won a significant Silver Medal at the Britain in Bloom awards last year, and we are supporting the entry this year. The park has looked fantastic all through the spring and we want to pay tribute to the people that have given their time and energy to make it so colourful."

The theme chosen for this year's May Fair Parade on Saturday, 20th May, the children's fancy dress competition and the 5K Fun Run (which will set off from the park at 7pm on Friday, 19th May) will be 'Alderley Edge in Bloom'.

Additionally all visitors to this year's Alderley Edge May Fair are being encouraged to dress in their favourite flowery outfits.

Paul Marshall added "The Alderley Edge May Fair would like to encourage more people in the community to get involved in community projects throughout the year. The Alderley Edge in Bloom team will have a stall at the May Fair. Why not go and have a chat with them about the plans to improve our village?"

The Alderley Edge May Fair, an annual highlight in the social calendar for local residents and visitors to the village, will take place on Saturday 20th May.

Junior guests are invited to enter the Fancy Dress competition using gardens, flowers and plants as their inspiration. They need to meet on the Chorley Hall Lane Field at 10.30am to parade through the village at 11am. Judging will then take place in the arena at 12noon.

The May Fair Parade through the village, which will be led by the May Fair Queen and King who will be joined by around 200 participants, will be followed by entertainment in the park including live music, arena events, donkey rides, funfair, zorb balls, bouncy castle, craft market, freshly cooked food and a licensed bar. Plus the ever popular dog show which will take place in the arena starting at 2pm.

To kick off the May Fair celebrations a May Fair Dance will be held at Alderley Edge Festival Hall on Saturday 13th May where the 1940s Swing band, The Swing Commanders will get the party started.

Then prior to the main event a number of sport and music activitiies will be taking place in the park the evening before including a bowls tournament, table tennis competition and five-a-side football - teams are invited to register now for the annual May Fair Trophy, held on the Alderley Edge Park on Friday May 19th at 6pm. Team entry is £50.

This will be followed by the 5K fun run at 7pm which will have an Alderley Edge in Bloom theme so dress up to run in your second favourite flowery shirt, then change into your favourite at the bar afterwards. All ages are welcome, but you'll need a responsible adult if you're under 15.

Afterwards there will be live music on stage in the park from 8pm, anyone who wishes to perform is requested to email Paul Marshall.

Caterers and a licensed bar will also be available on the evening of Friday, 19th May.

The May Fair Committee needs more volunteers to help make this community event another safe and successful one. If you are able to help marshall the fun run on Friday 19th May or assist with the stalls setting up or the road closures for the parade on the morning of Saturday 20th May email Paul Marshall.