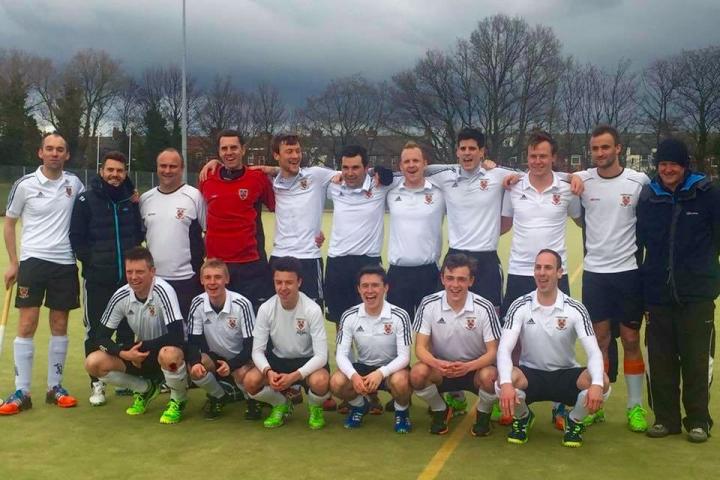 The win also achieved the team's 4th promotion in six years and the club will now have a team in each of the top 2 leagues in the North next season.

Alderley achieved the win despite missing three key players and were grateful to a James Riley save early on whilst they were still getting into the game.

The match changed when captain Julian Scarsbrook rolled back the years with a skilful run through the heart of the Liverpool defence before teeing up Andrew Wood who beat the keeper with a well struck shot.

This settled Alderley down and they dominated from then on. Jack Smith added the second with a neat spin round the keeper after being picked out in the D by Sam Buckingham's fine pass.

The lead allowed Alderley to control play throughout the second half and they let several opportunities go including a number of penalty corners, but with Liverpool posing no real goal threat Alderley saw out time to collect the points and seal the title.