Cheshire East to bid for Tour of Britain cycle race 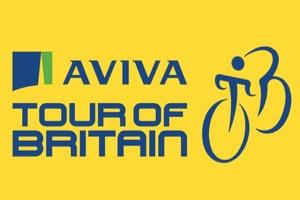 Cheshire East Council is to bid for the country's number one cycling event to be staged in the Borough.

Each year, local authorities are given the opportunity to put a compelling bid together to showcase what they have to offer in order to attract the UK's biggest free-to-attend sporting event.

The decision to back the bid and allocate up to £250,000 from earmarked reserves, to underwrite the cost of attracting, hosting and delivering the Cycle Tour, was made at the Cabinet on Tuesday, 10th November,

It's projected that the Aviva Tour of Britain Cycle Race could generate up to £5m for the local economy, if the Council is crowned a successful host.

Council Leader Michael Jones backed the bid and said it would be a "fantastic way" to market Cheshire as a tourist destination.

He said: "Not only that, it will hopefully inspire residents to get more involved in cycling initiatives across the Borough.

"We have some of the best cycle routes in the country with stunning scenery and it's this sort of family activity that adds to the health and wellbeing of communities – and that's something this Council is committed to.

"It will also be a key driver for tourism, which is already worth £807m to the Cheshire East economy and would help attract even more high-profile national events in the future."

The Council intends to make sponsorship and promotional opportunities available to local businesses to off-set the cost of hosting the event.

If the bid is approved it is hoped to attract the Aviva Tour of Britain in September 2016, although there may also be potential to consider 2017 if this is not feasible.

Brian Etchells
Please, please, please think again. We have a ridiculous number of unsafe cyclists clogging the small lanes around Alderley Edge every weekend. We need more enforcement of the law concerning safe and courteous riding before even considered inviting even more cyclists. If you don't agree, you try living on the top of the edge for a weekend.

Jon Williams
Lets hope we do get it, money well spent, putting Cheshire East on TV and Brian the roads will be fully closed for the Professional event.

Jonathan Savill
Agreed Jon, fingers crossed we get a stage and that the peleton comes near or through Alderley Edge.

Jerry Dixon
Brian, I am not sure Cavendish, Boonen, Sagan, Thomas et al could be considered "unsafe" cyclists! Anyway, some may have forgotten that the Tour of Britain came through Chelford about 3 years back, it's done with an incredibly efficient rolling road block that causes very little disruption. These boys don't hang around and they'll be out of the area before you know it!

Pete Taylor
Don't panic; the route for next year's ToB was announced in October. Not coming to Cheshire East. Nice to see that CEC are on the ball, as usual.

Jon Williams
"If the bid is approved it is hoped to attract the Aviva Tour of Britain in September 2016, although there may also be potential to consider 2017 if this is not feasible."

Brian Etchells
That's a relief, so I only have to deal with the people who park their cars outside The Wizard sticking out into the road and hundreds of pedestrians either their dog's fouling the footpaths. What a relief.

As I travelled down Artists lane last Sunday I had to drive into the verge for a group of at least 20 cyclists all in a huge clump to get past. Surely this is unsafe.

Jon Williams
Brian:
So why was 20 or so cyclist going up Artists Lane unsafe ?

Pete Taylor
@ Brian, last time I drove up Artists Lane I had to drive onto the verge to avoid a John Deere tractor. Surely this is unsafe?

Alan Brough
I drove down Artists lane this evening and had to pull over sharply as a fool in a Chelsea Tractor came too quickly around a bend.

I imagine that Brian Etchells, whilst calling for a ban on cyclists, will be calling equally loudly for the provision of more car parking spaces in Alderley Edge.

Some people just don't get it do they?