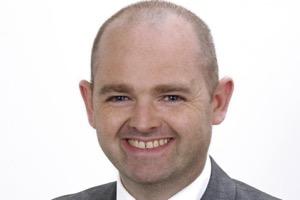 Over the last two weeks, Councillor Toni Fox (Cheshire East Councillor for Dean Row), members of the Residents of Wilmslow (RoW) campaign group and I have been attending a series of hearings on Cheshire East Council's Local Plan at Macclesfield Town Hall.
The purpose of the hearings was for Mr Stephen Pratt, the Government Inspector, to hear comments on proposed revisions to the Local Plan.

At one hearing, Mr John Knight, a planning consultant advising Poynton Town Council, remarked on the complexity of the Local Plan and the huge volume of paperwork and said "For a member of the public to understand it they have to be persistent and spend a lot of time on the internet". You can see for yourselves at http://cheshireeast-consult.limehouse.co.uk/portal/planning/cs/library.

However, the Local Plan is vitally important for Wilmslow (and for anyone who intends to call Wilmslow their home for a reasonable period of time) as it defines what development will be permitted, how much of it and where over the period between now and 2030 (and beyond). Cllr Knight's comment therefore made me wonder how many of Wilmslow's residents actually know what it is about and how it works.

With that in mind, I thought I would write this brief summary of what it is, how it's going and what it means for Wilmslow's residents. Unfortunately there's a lot of politics associated with the content of the Local Plan and how it's being handled but I've tried to skip over that.

So what is it? The Local Plan is a document that defines the future development of the borough with respect to housing, the economic and jobs growth, community facilities and infrastructure (and other things). Local Plans (together with any neighbourhood plans that have been made) are the starting-point for considering whether planning applications can be approved.

The Local Plan on which Cheshire East Council is currently working covers the period 2010 to 2030 and will replace the old Macclesfield Borough Council (altered) Plan that was adopted in 2004 and covered the period up to 2011.

The process requires that when plans are written, they are put out for public consultation and then submitted to the Secretary of State for examination by the Planning Inspectorate. The Inspector assesses whether the Local Plan has been prepared in line with the relevant legal requirements (including the duty to cooperate) and whether it meets the tests of 'soundness' contained in the National Planning Policy Framework.

The Cheshire East Local Plan was submitted for examination in May 2014 after public consultation and hearings to listen to the views of those who requested changes during the consultation period were held in September/ October of that year.

However, in November 2014 having considered only the first parts of the Plan, the Inspector adjourned the hearings and later published his Interim Views in which he identified "serious shortcomings" and "significant flaws" in the submitted plan that the Council needed to address.

Since then the Council has revised many of the supporting assessments including those relating to growth forecasts, greenbelt, housing needs, spatial distribution (how development is distributed across Cheshire East) and will shortly report on highways and infrastructure.

From the revised assessments, Cheshire East Council has concluded that growth will be significantly higher than previously predicted resulting in an additional 31,400 jobs by 2030 instead of 13,900, which represents 0.7% growth per annum instead of 0.4%.

The impact of this is that more employment land is required (380 hectares instead of 300 hectares) and more housing for the additional workers (36,000 dwellings instead of 27,000).

So how does it affect Wilmslow?

The Plan submitted for examination last year allocated a minimum 400 new houses and 8 hectares of employment land to Wilmslow whereas the proposed revisions allocate a minimum 900 houses and 10 hectares so obviously more land will be required for development.

Exactly where the development will be has not yet been decided (Cheshire East are currently working on the site allocations) but there are indications. The original submitted plan includes the following sites, which (with the exception of Adlington Road) will be removed from the greenbelt for development:

In addition, the submitted Plan designated some sites as "Safeguarded" which means that they will not be developed before 2030 but will be removed from the greenbelt protection and allocated for development needs after 2030:

In the revised documentation, it appears that development of the land west of Upcast Lane may well be brought forward for development to meet the increased housing requirement together with two other potential sites:

The hearings over the past couple of weeks, chaired by the Inspector, were to discuss whether or not these revisions have addressed the Inspector's concerns and they considered 6 matters:

Each matter was considered in two hearings with different groups; Group 1 seemed to comprise parties pushing for more development and Group 2 largely comprised Town and Parish Councils and residents groups who were generally opposed to increased development.

The Inspector did not give much away with respect to his thoughts but the following are my notes from his closing statement on the final day:

Going forward, the Inspector may find that his concerns have been addressed and the examination can resume as per the draft programme published by Cheshire East Council (summarised here). However, as stated above, the Inspector has said that it will be December before he issues his "further Interim views".

Alternatively, he may find that the plan is unsound and Cheshire East Council will then need to consider whether to withdraw the plan and prepare a new document for submission.

As far as Wilmslow is concerned, both scenarios have their advantages and disadvantages. If the plan proceeds (as it is with the allocation of 900 houses for Wilmslow), the town will lose some of its greenbelt and there will be increased pressure on services and infrastructure (the assessments produced to support the submission acknowledge that there is already a shortage of primary school places, the high school would need to expand and the town's roads already suffer from congestion).

If the plan is found to be unsound and is withdrawn or needs significant rework, there is increased risk of challenges to planning decisions as the existing plan becomes increasingly out of date and if there is no plan in place by 2017, there is a risk that the government will take over production of the plan.

The main areas of concern for Wilmslow residents will probably be the loss of greenbelt and the effect of the increased population on schools, highways and other services.

I hope this has clarified a few things for you and I would urge you to engage with the process whether that is taking part in the consultation process or making your thoughts known to Cheshire East Council or your local Councillors.