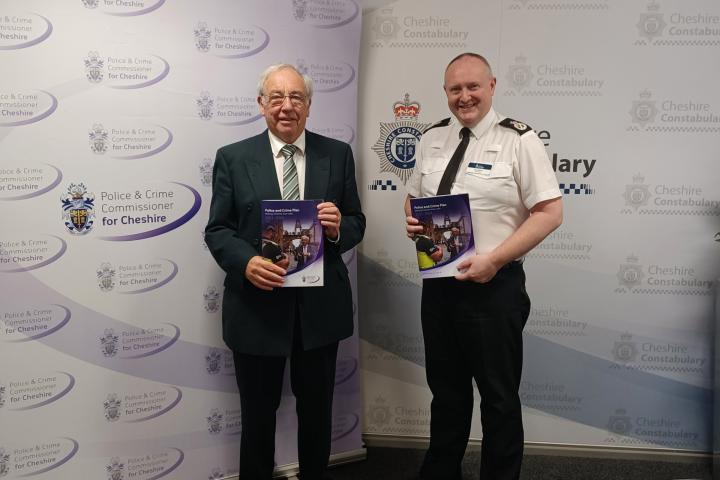 Police and Crime Commissioner for Cheshire, John Dwyer, has launched his Police and Crime Plan for 2021-24, setting out his priorities for policing, crime and community safety in the county for his term in office.

In addition to outlining the Commissioner's wider vision, the Plan sets out the strategic direction for Cheshire Constabulary and how the Commissioner will hold the Chief Constable to account in delivering on the public's priorities.

The six key priorities for policing and crime in Cheshire outlined in the Plan are:

• Deliver justice for victims of crime

John Dwyer, Police and Crime Commissioner for Cheshire, said: "I'm delighted to be launching my Police and Crime Plan and letting the public know how I'll ensure that our police service delivers for them over the next three years.

"This Plan has been developed via consultation with the public, as well as in conjunction with organisations and agencies that work regularly with the police, so that it truly reflects people's priorities for their communities."

The Plan also maintains the Commissioner's commitment to increasing Cheshire's police officer numbers to the highest level in modern times – 2,345 officers – in order to ensure police visibility across the county and reassure communities as a result.

John Dwyer added: "Being ambitious with our officer numbers helps towards delivering on each of the public's priorities set out in the Plan and will improve people's confidence in our police service.

"I also want to stress that this is a living document. In the Plan I commit to refreshing it each year, so that it continues to address people's priorities and tackle the challenges we face head on.

To read the Police and Crime Plan 2021-24, go to www.cheshire-pcc.gov.uk/what-i-do/making-cheshire-safer/police-and-crime-plan